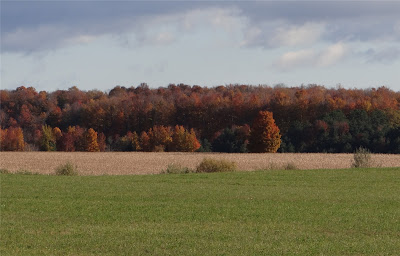 President Barack Obama is running roughshod over the Constitution, legal scholars say, by disregarding it, changing laws outside the legislative process, and extending federal power in unprecedented ways.  The president has “profound disdain for the Constitution,” said David Rivkin, a lawyer at the BakerHostetler law firm in Washington, DC. “Across a whole host of policy areas, President Obama and other high officials in his administration have pushed the envelope of anything attempted before,” said Ilya Shapiro, a constitutional expert at the Cato Institute. http://freebeacon.com/obamas-constitution/

Following is one of my columns for my local paper, from which I have been let go oh so close to the election, for they all of a sudden want to feature on LOCAL news.  I have added links to the news for those who wish to verify my comments.

Any President has the right to veto a law with which he disagrees, giving Congress the opportunity to override the veto with 60 votes, with the Supreme Court being the final authority on its constitutionality.  A President can be said to have a duty to veto any bill he deems to be unconstitutional because of the oath of office that he takes.  President Obama recently lamented that our Constitution gets in the way of the total application of his [radical] agenda, saying “it turns out our Founders designed a system that makes it more difficult to bring about change than I would like sometimes.”
Exactly.  President Obama recently signed into law the 2012 Omnibus Bill funding government, and then stated he will not be bound by at least 20 of the provisions in that law.  He added, “Our spending decisions shall not be treated as dependent on the approval of congressional committees.”  Well, there we have it.  The provisions of a law just signed by our President are to be totally disregarded when Mr. President doesn’t like them.
Just which parts of the new law does he plan to ignore?  The president objected to the section of the law aimed at blocking health, climate, auto policy and urban affairs “czars” from being employed by the White House. He continues to employ them, and recently declared his intent to add yet another Czar.  His Oceans Czar will oversee the Stewardship of the Ocean, Our Coasts, and the Great Lakes initiative, imposed by Executive Order.  http://www.whitehouse.gov/the-press-office/executive-order-stewardship-ocean-our-coasts-and-great-lakes.  This Czar will have the power to control most land use in America by simply declaring that any property in America in some way uses or contributes to water which ends up in the oceans or Great Lakes.
President Obama disagrees with provisions limiting his ability to put troops under foreign command without Congressional approval.  Our Secretary of Defense, Leon Panetta, was asked if he thinks he can act without Congress to initiate a no-fly zone in Syria.  He stated in recent Congressional testimony, “Our goal would be to seek international permission, and we would come to the Congress to inform you and to determine how best to approach this, determining whether or not we would want to get permission from Congress.”  Panetta has been pressured by some to resign over this unlawful policy. http://townhall.com/tipsheet/katehicks/2012/03/08/panetta_wed_seek_international_approval_not_congress_to_act_in_syria
Meanwhile, our President continues to govern without consent of Congress.  Last August President Obama posted on the White House website his “Presidential Study Directive 10” wherein U.S. troops can be deployed to arrest or terminate individuals wanted by the International Criminal Court.  This is based on a treaty which has not even been considered or ratified by the U.S. Senate.  Also called the “Presidential Study Directive on Mass Atrocities” http://www.whitehouse.gov/the-press-office/2011/08/04/presidential-study-directive-mass-atrocities, it declares that prevention of mass atrocities and genocide are core national security issues and a moral responsibility of the United States.  The “Interagency Atrocities Prevention Board” was formed.  Using this newly formed Directive, it would seem, in October of 2011 President Obama informed Congress that he had authorized “a small number of combat equipped U.S. forces to deploy to central Africa to provide assistance to regional forces working to remove the genocidal Joseph Koney from the battlefield.”
The Secretary of Health and Human Services has sole power to regulate Obamacare as she sees fit.  She recently mandated free contraception for all, paid for by a $1 per month premium on each American’s healthcare insurance bill.  In addition, she has dictated free sterilization for any young woman who wants it.  President Obama recently and quietly diverted $500 million in taxpayer dollars to the IRS to hire, train and employ 14,000 new IRS agents who will monitor our compliance with Obamacare. http://washingtonexaminer.com/article/416051.  At the state level the Department personnel took from a preschool student the” non-nutritious” lunch prepared by his mother, substituting a government-approved lunch, conveying the message that government takes care of him better than Mommy does.  This automatically puts more Americans on government subsidies. This administration is meeting with the Mexican government while running a campaign to get more Mexicans on our Food Stamp program, legals and illegals alike - doubling that number just since 2008.  http://www.foxnews.com/politics/2012/10/01/vilvilsack-reacts-to-republican-concerns-about-mexican-nutrition-awareness/.  This President also will not follow the law that bars health officials from advocating for gun control.  Look for your doctor to ask if you own a gun.

Michigan has emerged as ground-zero in the presidential race, prompting the "Rebuild America - Defeat Obama" tour to turn its buses around and return to the Great Lakes State in support of the Romney/Ryan presidential ticket.

Above:  We've turned the buses around and are heading back to Michigan!


The "Rebuild America - Defeat Obama" tour had already held 15 rallies across the state.  And now 17 more have been added as Michigan emerges as one of the most important states this election cycle.

"If Romney/Ryan win Michigan, then it's hard to see any legitimate pathway for Obama to win the number of Electoral Votes he will need to win re-election," said Ryan Gill, Vice President of The Campaign to Defeat Barack Obama.

Rallies will be held in the Upper and Lower Peninsulas from October 16th - 22nd and then again during a second swing through Michigan from October 28th - 31st.

A complete listing of the tour itinerary - including locations - can be found on our website:  www.RebuildAmericaTour.org


"Polls show that Michigan is one of the most competitive states in the nation, with the margin between the Obama/Biden and Romney/Ryan ticket now down to 3% or less," said Lloyd Marcus, Chairman of The Campaign to Defeat Barack Obama which has organized the "Rebuild America - Defeat Obama" tour.


"Michigan's 16 Electoral Votes are up for grabs and we're going to make sure that they fall into the Romney/Ryan column on Election Day," said Lloyd Marcus.

"We're doing more than just running TV and radio ads in Michigan.  We're also helping organize phone banking and Get Out the Vote operations that will likely be the determining factor in this race.  We are going to turn out the vote and turn Michigan 'red' on November 6th!" declared Andrea Shea King, Co-Vice Chair of The Campaign to Defeat Barack Obama.

The following is a schedule of where the "Rebuild America - Defeat Obama" tour will be in Michigan, on what dates, and in what cities - for a complete schedule with rally locations and other details, log on to:  www.RebuildAmericaTour.org