Debate talking points; Our Department of Justice; An open letter to the President 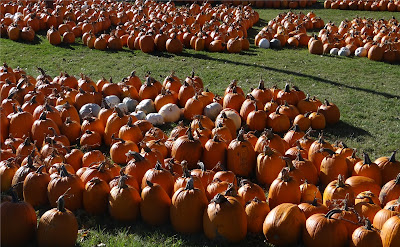 My talking points regarding Tuesday's Presidential debate:
1) Obama can talk all about equal pay for women, but Mitt Romney should have pointed out that in the White House and his Administration, women are paid 18% less in salary than are women.  Obama's staffers have called the White House a "boys club", and hostile to women.  On the question of our government funding Planned Parenthood, Obama said that PP provides mammograms, which it most certainly does not.  Since Obama signed an Executive Order mandating that government will not pay for abortions, how can he defend the millions of abortions paid for at PP?  President Obama signed an executive order #13535 ensuring that existing limits on the federal funding of abortion remain in place under the new health care reform law. http://www.whitehouse.gov/the-press-office/executive-order-patient-protection-and-affordable-care-acts-consistency-with-longst
2) Barack Obama should have been confronted with the fact that he has rewritten the laws of Congress by regulating that only felons would be deported - a dereliction of his Oath of Office to uphold the law, not to make them.  He once commented that Justice John Roberts "has been a little bit too willing and eager to give an administration, whether it's mine or George Bush's, more power than I think the Constitution originally intended."  I assume that he is now happy that is the case.
3) Illegals coming into America is down in his administration not because his administration is increasing their efforts, but because his economy is so bad that even illegals are having trouble finding jobs and are therefore returning to Mexico.
4) The price of gas is up in Obama's administration partially because Obama has reduced drilling on federal land by 40% - not because the economy is doing so well.  Romney should have mentioned that Obama had said several years ago that he likes gasoline to be at a high price (for in results in fewer people buying it), but that he "would have preferred a more gradual adjustment".  As for coal production, Obama had this to say a few years ago: 'So, if somebody wants to build a coal-powered plant, they can. It’s just that it’ll bankrupt them.'
5) Candy Crowley, who interrupted Romney to say that yes, Obama did say in the Rose Garden that terror was the cause of the Benghazi attack, said herself on CNN that it took Obama 17 days to admit that the video was not the cause of the terrorist attack on our Embassy on the eleventh anniversary of 9/11.  Romney could have asked him, since all our embassies are supposed to be defended, just how many of those invading terrorist were killed.  I wanted Romney to confront the President by asking him why after all this time he has still not given a Press Conference to inform us of what happened and what he will do about it, to calm us and assure us that it will happen no more - and to take questions.
6) Crowley let Obama out and out lie about Romney's beliefs on Arizona and immigration - no interruption there.  Obama said that Romney likes the fact that the law allows police to profile, to pull people over just because they look foreign.  The law explicitly states that profiling is NOT allowed, but that I.D. is allowed to be asked for if someone is pulled over for an infraction of the law, just as you and I would be asked for I.D.  Instead, this Administration has a hotline to help illegals aliens escape our laws.
7) While arguing about Obama's bailout of GM, I wish Romney had mentioned that we Americans are still owed 26 million dollars while GM will pay no taxes for 10 years. He should have mentioned that as part of Obama's bankruptcy proceeding for GM, unions got 38% of the stock for only a 15% cost, while preferred bond holders got pennies on the dollar.  Non-union members lost their pensions, but the union members did not.  Mostly republican car dealers were forced to close their dealerships.  So what is this, Obama, about how Romney wanted a structured reorganization, and not one structured by the President?
I look forward to the Monday debate on foreign policy, as Obama truly is at a disadvantage here because the world does NOT love us again as he said they would.  In fact, the entire Middle East is rife with demonstrations against America, culminating in the act of war in Benghazi....And we all know that for 17 days he DID blame the video.
----------------------------------------------------------------------------------------------------------- Our Department of Justice

Barack Obama’s chosen leader of the Department of Justice, Eric Holder, has consistently made news since Barack Obama became President.
One of the first things Eric Holder did was to drop the charges which had been made against the New Black Panthers.  During the 2008 election they had intimidated, on video, those at polling places in Philadelphia, Pennsylvania, displaying billy clubs at the polling place.  Saying that these actions were not nearly as bad as those against blacks back in the earlier days in our history, a decision was made by Holder to only prosecute white-on-black crimes, just to make it fair.  A Federal Judge recently declared that political appointees of Barack Obama did indeed interfere with the Black Panther prosecution. He continues to systematically turn a blind eye to black-on-white crimes.
With not one enemy combatant caught on a battlefield in American history ever tried in a civilian court, Eric Holder argued for having Khalid Sheikh Mohammed, one of the terrorists allegedly involved in the 9/11 attacks against America, tried in New York City as a civilian, even though he said he personally decapitated Wall Street Journal reporter Daniel Pearl in Pakistan in 2002.
Eric Holder sued to force Arizona to stop following the Federal guidelines on immigration. When the Supreme Court verified Arizona’s right to check the identification of those who have committed a crime, President Obama’s Department of Homeland Security quickly said they would suspend existing agreements with the Arizona police, telling the Feds to decline doing their jobs unless a felony has been committed. Thus the President is failing to uphold America laws he swore to uphold.

The Department of Justice sued Florida for removing its voter lists of as many as 182,000 dead and illegal voters.  State officials sought access to a federal immigration database but that request has been turned down by the Department of Homeland Security.  A federal judge consequently ruled to allow the info and the purge of non-Americans.
The Department is now investigating whether Pennsylvania’s new voter ID law is discriminatory.  The Justice Department requested data on the state’s registered voters in an effort to analyze whether those who lack the proper identification are disproportionately minorities.  Is it our fault that minorities less frequently seek to be registered voters?  Perhaps Democrats time should be spending time to help them register instead of attempting to allow possibly fraudulent votes to be cast.
The DOJ is now suing the state of Ohio over their law restoring the 2008 rights for the military to have three extra days to cast their early votes.  Our military is frequently kept from having their votes counted.  The federal court ruled that in 2008 Virginia had violated federal law by waiting until the day prior to the election to have their military absentee ballots mailed out, for instance.
We have learned from the GSA that Eric Holder’s failure to criminally charge any top Wall Street bankers for the recent financial meltdown is likely a result of cronyism inside the Department of Justice and political donations made to Obama’s campaign.
Perhaps worst of all is Fast and Furious, the program which resulted in Eric Holder receiving a Contempt of Congress citation along with possible criminal and civil charges, some calling for his resignation.  As the L.A. Times described, ‘it allowed weapons from the U.S. to pass into the hands of suspected gun smugglers so the arms could be traced to the higher echelons of Mexican drug cartels.”  Many think the program was run with the purpose of providing another argument for government gun control.  Many of those weapons have been used to commit crimes, including the death of Border Patrol Agent Brian Terry. Congress has to this day not received requested documents after 1 ½ years of asking.  As President Obama famously said, “the only people who don't want to disclose the truth are people with something to hide.”  Indeed.
Mister Holder, our complaints against how you run the Department of Justice really don’t have anything to do with the fact that “you know, you and Obama are both African-American”, as you claim.  It has to do with the Rule of Law and the Constitution.
-------------------------------------------------------------------------------------------------------------

Conservativecorner-karen.blogspot.com
Posted by Karen at 7:49 AM