The lying NYTimes: For those who watched or listened to the debate, remember Ryan saying this as he closed? 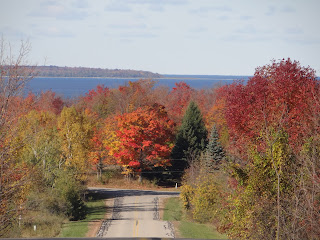 Barack Obama’s Executive Orders and Departmental Regulations, without the consent of Congress – Part I

[For new readers who do might doubt my words, I am adding links to some of the hardest to believe actions.  I always encourage you to do your own searches for the truth.]

In addition to Executive Orders, an Administration has many ways to change the laws through rules and regulations simply written into existing law.  Most Executive Orders throughout our history simply clarify laws already passed.  Only this Administration frequently rewrites laws and their entire intents.  Following are just some of the changes I have chronicled in eight columns on bypassing Congress.  They are in no particular order.

Quite a few of Barack Obama’s changes relate to the EPA, our American land and seas, and our rights to our privately owned property.
At a time when we've learned that the world has stopped getting warmer for almost 16 years, this Administration has bought into the global warming hysteria, using taxpayer dollars to prevent the normal, cyclical changes in temperatures.  http://www.dailymail.co.uk/sciencetech/article-2217286/Global-warming-stopped-16-years-ago-reveals-Met-Office-report-quietly-released--chart-prove-it.html#ixzz29H384hSu

1)     After Congress failed to pass a Cap and Trade law, Obama gave to the EPA the power to rule our country with expensive regulations.  National Economic Research Associates (NERA) used Federal Government data to discover that proposed EPA regulations would cost America over 1.2 million jobs by 2020.
2)     It is Environmental Protection Agency’s (EPA) goal to “change how it makes decisions and analyzes problems to give it more power to regulate businesses, communities and ecosystems in the name of the UN agenda of sustainable development.” http://www.epa.gov/environmentalinnovation/pdf/rpt2admin.pdf.  The Republican National Committee has constructed a Resolution Exposing United Nations Agenda 21, for they have never ratified the treaty.  The UN Agenda 21 has stealthily become part of local community and state laws by using the friendly-sounding words sustainability and wildlands.
3)     The Wildlands Project is being implemented wherever it is allowed. The UN project, part of the UN Biodiversity Treaty which was never ratified by the U.S. Senate, calls for approximately 50 percent of the United States to be set aside as "wildlands", where no human can enter.  Much has been accomplished over the past 10 years toward that goal, and the pace is stepping up.  Watch for it in your town.  http://blog.epa.gov/blog/2009/06/climate-change-wildlife-and-wildlands-a-toolkit-for-the-educator-in-you/
4)     Obama’s Executive Order #13514, titled “Federal Leadership in Environmental, Energy and Economic Performance”, closely follows the Kyoto Treaty which failed to be ratified by Congress. http://www.whitehouse.gov/the_press_office/President-Obama-signs-an-Executive-Order-Focused-on-Federal-Leadership-in-Environmental-Energy-and-Economic-Performance/
5)     The UN’s Agenda 21 of 1992 is crucial to achieving a “sustainable world” – “to create more sustainability and green energy.” Obama’s Department of Commerce declared that the agency could implement 67% of their mandates without the vote of Congress.  Government would then control and facilitate rural economic development.
6)     President Obama’s Executive Order 13547  Stewardship of the Ocean, Our Coasts, and the Great Lakes further extends federal power, embraces global governance, diminishes the rights and privileges of individuals and brings the United States into compliance with  UN Agenda 21, Chapter 17.6 which says: Each coastal State should consider establishing, or where necessary strengthening, appropriate coordinating mechanisms for integrated management and sustainable development of coastal and marine areas. …
7)     The Obama administration has set up a new National Ocean Council to convince the Senate to ratify the treaty Convention on the Law of the Sea.  Rejected by Ronald Reagan in 1982, and by our Senate in 2000 and 2004, the treaty is once again being promoted. If passed the treaty would give the UN the power to regulate activities within our territorial boundaries and to levy taxes via royalties and application fees of $250,000, without providing one bit of new benefits to the United States.  The UN’s agenda is taking American's money away from them to support the rest of the world.
8)     The Presidential Climate Action Project last year released an extensive list of recommendations for the White House in a 75-page paper entitled, “Building the Obama Administration’s Climate Legacy.”  http://www.climateactionproject.com/docs/PCAP_Report_2011.pdf
9)     The Interior Department listed new rules which would now ban gun owners from using some public lands for target practice. http://www.usnews.com/news/blogs/washington-whispers/2011/11/16/obama-pushing-shooters-off-public-lands
10) President has declared that America would follow, even without allowing Congress to vote, a European Union Code of Conduct for outer space. http://www.nytimes.com/2012/03/09/opinion/hands-off-the-heavens.html?_r=0
11)   The EPA is working to use the Clean Water Act to control American land alongside ditches, gullies and other spots by claiming they are now part of “navigable waterways”.  http://times247.com/articles/obama-epa-power-grab-causes-bipartisan-backlash
12)   The EPA is enforcing higher MPG on cars, thereby causing new cars to cost even more.
13) After declaring a moratorium on offshore drilling, President Obama was declared to be in contempt of court for not allowing drilling permits, causing the loss of hundreds of thousands of jobs. To this day he stalls those permits. Only because drilling has gone up on private lands can he say that during his Administration we are drilling more than when he took office.
14)  Six House Democrats, led by Rep. Dennis Kucinich (D-Ohio), want to set up a "Reasonable Profits Board", with no Congressional approval of nominees to control gas profits, with no guideline on what will be determined to be “reasonable”.  They state the “windfall profit tax” could be as much as 100% on the sale of oil and gas profits. Read this one again!  “Reasonable Profits” could be the next Presidential mantra – like “fair share”, and “fair shot”.  If you think this is a good thing, just ponder what you will think when it is your industry’s profits they come after next. http://thehill.com/blogs/floor-action/house/205085-dems-propose-reasonable-profits-board-to-regulate-oil-company-profits
15)  The latest example is the Interior Department's little-noticed August decision to close off from drilling nearly half of the 23.5 million acre National Petroleum Reserve in Alaska. The area is called the National Petroleum Reserve because in 1976 Congress designated it as a strategic oil and natural gas stockpile to meet the "energy needs of the nation." Alaska favors exploration in nearly the entire reserve. http://online.wsj.com/article/SB10000872396390443768804578040873921142716.html?mod=WSJ_Opinion_AboveLEFTTop