Barack Obama’s Executive Orders and Departmental Regulations, without the consent of Congress – III 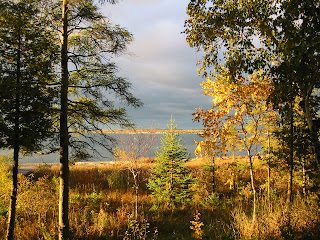 Some of Obama’s orders and regulations deal with the issue of immigration in America:

1)      After Congress defeated his Amnesty bill, President Obama told a group of Hispanics that he’d “like to make this happen all on my own”, and “how we enforce those laws is also important”.
2)      His Department of Homeland Security then decreed that it will focus only on felons who have illegally entered our country, giving a type of “amnesty” to all others.  The Department is now suing the states of Arizona and Alabama for enforcing immigration laws.
3)      The next stop on the road to amnesty has been declared – a new toll-free hotline to help illegal aliens in custody.  It will assure they are “made aware of their rights”, help them get released from custody, and file civil rights complaints against ICE agents.  Our Immigration and Customs Enforcement has a newly named post of "public advocate" for illegal aliens. Illegals who broke our laws by sneaking into our country are now protected from our government - by our government.
4)      Deputy U.S. Attorney General James Cole says Obama has decided to “pull back all training materials used for law enforcement and national security communities, in order to eliminate all references to Islam that some Muslim groups have claimed are offensive.” http://dailycaller.com/2011/10/21/obama-administration-pulls-references-to-islam-from-terror-training-materials-official-says/
5)       President Obama recently declared that the laws he vowed to uphold when he took his Oath of Office are now his to change by the stroke of a pen.  The latest is his edict to pay no attention to our Immigration Laws, thereby putting up to 1.5 million young illegal aliens into the same job market as those true Americans whose unemployment rates are now up to 25%.  Meeting broad parameters, those Hispanics will not be deported and will instead be given work permits, even though they or their parents broke the law to sneak into our country in the first place.  In the past immigration law presumed that immigrants seeking American         citizenship would be self-sufficient, not dependent on government programs to live their lives.  Our State Department does not now allow welfare programs to be considered, refusing to notice all but two of 80 different programs.  They are prevented from considering that the applicant will probably need to receive WIC payments, food stamps, and Medicaid for example.

Orders and regulations on other subjects:
6)      President Obama violated the War Powers act by entering a war in Libya without an Act of Congress.  Recently we have learned that we have U.S. military forces on the border of Syria, again without consulting Congress.
7)       This President decided that one law of the land, the Defense of Marriage Act, is in his view unconstitutional.  President Obama has therefore declared that the law will no longer be defended by government in the courts of America.  Before you cheer this action, consider what you would think if a future President decides he believes the Civil Rights Act, or Roe vs Wade, is unconstitutional - and then fails to defend it.
8)    Re-named ACORN entities were funded with at least $730,000 last year in spite of powerful evidence of corruption and in spite of actively being defunded by our Congress.
9)      DOJ refuses to say they will never criminalize speech against any religion.
10)  Our President is now working on an Executive Order which will allow him the ability to totally control the internet, as when things don’t go his way and he wants to shut it down, perhaps. Presidential powers over the Internet and telecommunications were laid out in a U.S. Senate bill in 2009, which proposed handing the White House the power to disconnect private-sector computers from the Internet. But that legislation was not included in the Cybersecurity Act of 2012 earlier this year. http://www.cnbc.com/id/48151460/Obama_s_Internet_Order_Power_Grab_or_Simple_Update
11)  On March 16, 2012, President Obama issued an executive order entitled, "NATIONAL DEFENSE RESOURCES PREPAREDNESS." (http://www.whitehouse.gov/the-press-office/2012/03/16/executive-order...)  This executive order states that the President alone has the authority to take over all resources in the nation (labor, food, industry, etc.) as long as it is done "to promote the national defense" -- a phrase so vague that it could mean practically anything.