Remembering and honoring; The Medicare suprise; Hoekstra vs. Stabenow; Its about those defense workers; Michelle excited about school lunch changes; Mitt promises to help you and your family; NY Post runs ad revealing Obama's true father; Obama call Paul Ryan Jack; 6% pay raise not enough for Chicago teachers; Obama's SS# questioned in Ohio; The "No more Solyndra's" act to be voted upon; 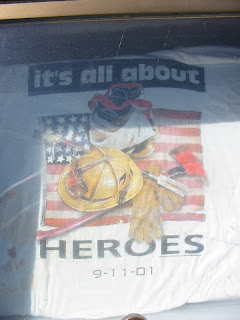 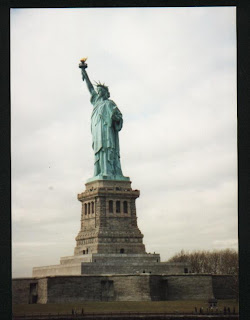 Remembering those who lost so much 11 years ago, we honor those who continue to fight for our freedom.

In case any of you are on Medicare Advantage Plans, you need to be aware of this change.
Watch this short 2 minute video and pass it on to all the seniors you know. Medicare Advantage cuts begin in mid-October of this year. Seniors vote, and they need to know this cut is coming before the election. Time is running out for seniors unaware of this.
Transparency in action? I think you should know this.
Remember what FDR said, "There are no coincidences in politics..." [Are you aware of the fact that the Obama Administration tried to stop the Department of Defense from following the law by giving a 6 weeks notice of pending layoffs?  Yes, Obama didn't want them to know the effects of his Sequestration law's effects (tens of thousands of layoffs) until after the election.] http://www.politico.com/news/stories/0912/81007.html

Here is my response to a friend asking me about this: This scheme to prevent bad news til after Obama's possible reelection is old hat for Obama, so it is easy to believe that there is a surprise in store for us after the election regarding Medicare pricing.  Just why do you think that the DEMOCRAT Senate has failed for 3 years to carry out its Constitutional duty to pass a budget each year?  They are putting off the adult conversations til after the election so as not to offend their constituents, that is why. Meanwhile they can condemn Romney and Ryan for actually acting like adults who want to save our economy. This is the same reason so many of Obamacare's mandates don't start til AFTER his reelection.  And scheduled tax increases are set to begin AFTER his reelection.  Get the idea?

I was thrown out of our Medicare Advantage over a year ago, as Michigan Blue Cross/Blue Shield no longer offers it..  And it is entirely true that more than $600 billion will be taken from Medicare reimbursements to hospitals and doctors in order to have that money support Obamacare so that it might look more cost efficient.  And yes, we are paying for it for 4 years prior to full implementation in order to make the 10 year numbers look artificially good. The old Ryan plan would have cut about the same amount by finding cost savings like fraud, but the money would have stayed in Medicare.  Obama's plan takes that money directly out and puts it directly into Obamacare.  If you think for a minute that Obamacare will save money, you simply have not been paying attention to the Congressional Budget Office's numbers once the truth of the thing was given to them.

Be prepared for doctors to retire or to quit taking Medicare patients. and for more small hospitals to just shut down their operations.  Look for the panel of Presidential appointees to decide that at a certain age, certain surgeries will no longer be time and money worthy.  Too bad - as Obama said, "perhaps it will be better to just give you a pill."  Sounds good, unless it is you he is talking about.

I've read that Republics don't last more that about 235 years, because by then more than half of the people desire not to work because they have finagled money from government.  The other 50% just can't keep up.  As Margaret Thatcher said about Socialism, sooner or later they run out of other people's money.  This election shall decide the future of America - and I am truly scared.

Barack Obama, I can assure you, is not the man most Democrats thought him to be. He truly thinks America became powerful by bringing other countries down, and he believes our country should be no better than any other.  So, if we take our money and send it to the rest of the world, that just might happen.

Hello!
I just wanted to share Pete [Hoekstra's] new web ad with you, titled "Meet the Parents."  It discusses the specific aspects of Debbie Stabenow's record that make her the "worst senator."  If you could pass this around to your contacts via Facebook, Twitter, and email, that would greatly help us get Pete's message out on a grassroots level.
http://www.youtube.com/watch?v=GbwvJlkdAK8&feature=g-all-u
Jeff Orzechowski
West MI Field Coordinator
Hoekstra for Senate
------------------------------------------------------------------------------------------------------------Major defense contractors have confirmed they’ll send tens of thousands of employee layoff warnings shortly before Election Day, according to correspondence released Monday by Arizona Sen. John McCain.
McCain, the top Republican on the Senate Armed Services Committee, wants to jump-start congressional action to avert automatic, across-the-board budget restrictions set to take effect early next year. Hawks and defense vendors hope the threat of mass layoff warnings in late October will light a fire under a deadlocked Congress. Already, they point out the mere threat of the year-end “sequester” is hurting the defense industry and the broader national economy.