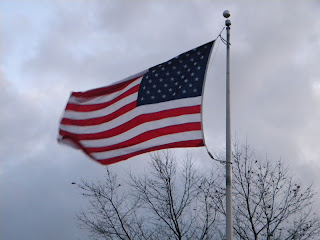 
According to a CBS News report updated at 8:39 am Eastern time Wednesday, the Libyan security forces hired to protect the American consulate in Benghazi, Libya moved Ambassador Chris Stevens to a second building within the consulate, then told the militant crowds where he was:

Though information on the circumstances surrounding Ambassador Stevens's death remain unclear, it appears that the embassy was not guarded by American Marines, but instead by local Libyans hired to act as a security force.

But some reports indicated that he may not have been killed in an attack on the car, but instead was dragged through the crowd and killed in some other manner. A photograph purporting to be of Ambassador Stevens, who appears to be still alive, but being dragged through a crowd of militant protesters, appeared on the website National Turk.
http://www.breitbart.com/Big-Government/2012/09/12/CBS-Reports-Libyan-Security-Forces-Showed-Militants-Where-to-Attack-Our-Ambassador

Today, speaking about the despicable and stomach-wrenching attacks by Islamists on our consulate in Benghazi, Libya, and our embassy in Cairo, Secretary of State Hillary Clinton asked: “How could this happen in a country we helped liberate, in a city we helped save from destruction?”

That single line is the most damning indictment of Hillary Clinton’s State Department that could ever be penned. It demonstrates her complete lack of knowledge about the region, her failure to anticipate security threats, and worst of all, her willful ignorance about the Islamists that she and President Obama trusted to take over Libya and Egypt.


“How could this happen?”


According to the White House calendar, there is no public record of President Barack Obama attending his daily intelligence briefing--known as the Presidential Daily Brief (PDB)--in the week leading up to the attacks on the U.S. embassy in Cairo and the murder of U.S. Libyan Ambassador Chris Stevens and three American members of his staff:


A timeline of yesterday's events shows that it took the Obama administration 16 hours to disavow a statement posted on the US Embassy in Cairo website. It appears that the administration's failure to correct the embassy and the doubling down by embassy staff 13 hours after the statement was published prompted Mitt Romney's curt comments about the administration's response. http://www.breitbart.com/Big-Government/2012/09/12/Why-Did-it-Take-16-Hours-for-Obama-Admin-to-Disavow-Embassy-s-Apology-Statement