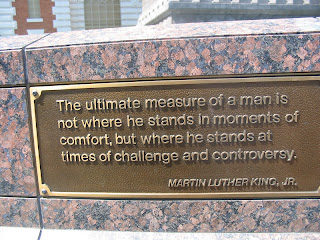 The White House's response marks a new low in relations between Netanyahu and Obama, underscored by the fact that this is the first time Netanyahu will visit the U.S. as prime minister without meeting Obama; PM to meet with Clinton.  [My guess is that he needs to go to yet another fundraiser, and the Dave Letterman show.  And let's not forget his meeting with Pimp with a Limp.  He sure doesn't want to talk about Israel prior to the election.]  http://www.haaretz.com/news/diplomacy-defense/white-house-declines-netanyahu-request-to-meet-with-obama.premium-1.464328

Prime Minister Benjamin Netanyahu is making it clear that Israel will not wait to take out Iranian nuclear facilities.


Egyptian demonstrators climbed the walls of the U.S. Embassy in Cairo today and pulled down the American flag to protest a film they say is insulting to the prophet Mohammad.

Krauthammer Rips Obama Regime For Issuing Apology To Muslims In Egypt After Embassy Attack, Tells Mob To “Go To Hell”…

Obama has pledged to run the most transparent administration in history, yet the published schedule offers only a narrow window into his activities, a POLITICO review found.

There are tough-to-fathom omissions like leaving off a reception for AIDS activists and researchers that had already been announced on a White House blog. And seemingly deliberate ones, such as the absence of several meetings with House Speaker John Boehner at the height of debt ceiling negotiations. Others seem designed to downplay inconvenient or politically awkward events, such as meetings about the Sudan with actor George Clooney, a major contributor and fundraiser for the president.
A review of more than 4,000 photos posted to Flickr by official White House photographers since Obama took office in 2009 found about one-third of the events depicted were never on his public schedule. And, of course, many other unannounced events never make it to the Flickr feed at all.
Read more: http://www.politico.com/news/stories/0912/81085.html#ixzz26FfVjSsF
----------------------------------------------------------------------------------------------------------
Instead, House Republicans have cooked up a ‘dirty’ CR that contains a ‘clean’ extension of TANF without the work requirement provision.  This will allow Democrats in the Senate to pass the CR, while concurrently consummating Obama’s violation of welfare reform without engaging in a standalone fight on the issue.