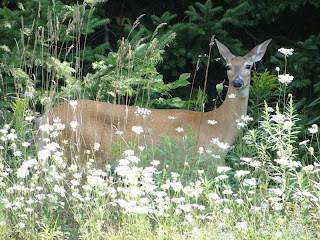 Barack Obama’s chosen leader of the Department of Justice, Eric Holder, has consistently made news since Barack Obama became President.
One of the first things Eric Holder did was to drop the charges which had been made against the New Black Panthers.  During the 2008 election they had intimidated, on video, those at polling places in Philadelphia, Pennsylvania, displaying billy clubs at the polling place.  Saying that these actions were not nearly as bad as those against blacks back in the earlier days in our history, a decision was made by Holder to only prosecute white-on-black crimes, just to make it fair.  A Federal Judge recently declared that political appointees of Barack Obama did indeed interfere with the Black Panther prosecution. Holder continues to systematically turn a blind eye to black-on-white crimes.
With not one enemy combatant caught on a battlefield in American history ever tried in a civilian court, Eric Holder argued for having Khalid Sheikh Mohammed, one of the terrorists allegedly involved in the 9/11 attacks against America, tried in New York City as a civilian, even though Mohammed said he personally decapitated Wall Street Journal reporter Daniel Pearl in Pakistan in 2002.
Eric Holder sued to force Arizona to stop following the Federal guidelines on immigration. When the Supreme Court verified Arizona’s right to check the identification of those who have committed a crime, President Obama’s Department of Homeland Security quickly said they would suspend existing agreements with the Arizona police, telling the Feds to decline doing their jobs unless a felony has been committed. Thus the President is failing to uphold America laws he swore to uphold.
The Department of Justice sued Florida for removing its voter lists of as many as 182,000 dead and illegal voters.  State officials sought access to a federal immigration database but that request has been turned down by the Department of Homeland Security.  A federal judge consequently ruled to allow the info and the purge of non-Americans.
The Department is now investigating whether Pennsylvania’s new voter ID law is discriminatory.  The Justice Department requested data on the state’s registered voters in an effort to analyze whether those who lack the proper identification are disproportionately minorities.  Is it our fault that minorities less frequently seek to be registered voters?  Perhaps Democrats time should be spending time to help them register instead of attempting to allow possibly fraudulent votes to be cast.
The DOJ is now suing the state of Ohio over their law restoring the 2008 rights for the military to have three extra days to cast their early votes.  Our military is frequently kept from having their votes counted.  The federal court ruled that in 2008 Virginia had violated federal law by waiting until the day prior to the election to have their military absentee ballots mailed out, for instance.
We have learned from the GSA that Eric Holder’s failure to criminally charge any top Wall Street bankers for the recent financial meltdown is likely a result of cronyism inside the Department of Justice and political donations made to Obama’s campaign.
Perhaps worst of all is Fast and Furious, the program which resulted in Eric Holder receiving a Contempt of Congress citation along with possible criminal and civil charges, some calling for his resignation.  As the L.A. Times described, ‘it allowed weapons from the U.S. to pass into the hands of suspected gun smugglers so the arms could be traced to the higher echelons of Mexican drug cartels.”  Many think the program was run with the purpose of providing another argument for government gun control.  Many of those weapons have been used to commit crimes, including the death of Border Patrol Agent Brian Terry. Congress has to this day not received requested documents after 1 ½ years of asking.  As President Obama famously said, “the only people who don't want to disclose the truth are people with something to hide.”  Indeed.
Mister Holder, our complaints against how you run the Department of Justice really don’t have anything to do with the fact that “you know, you and Obama are both African-American”, as you claim.  It has to do with the Rule of Law and the Constitution.
Conservativecorner-karen.blogspot.com
------------------------------------------------------------------------------------------------------------
Judicial Watch announced today that it filed a lawsuit in the United States District Court for the District of Columbia on August 15, 2012, against the Department of Justice (DOJ) and the Department of Homeland Security (DHS) for documents related to the “Deferred Action for Childhood Arrivals” directive issued on June 15, 2012 (Judicial Watch v. Department of Justice et al. (No. 1:12-cv-01350)).  The new Obama administration policy would allow certain illegal aliens under the age of 31 to apply for protected status that would prevent their deportation and authorize them to work.
Specifically, Judicial Watch seeks the following records in its June 22, 2012, Freedom of Information Act (FOIA) request:

All records concerning…the Department of Homeland Security’s decision to exercise prosecutorial discretion with respect to individuals who came to the United States as children…Such records include, but are not limited to, opinions, memoranda, or legal advice rendered by the Office of Legal Counsel. http://www.judicialwatch.org/press-room/press-releases/judicial-watch-sues-doj-and-dhs-for-records-about-legal-basis-of-obamas-new-amnesty-program/
Posted by Karen at 7:44 AM