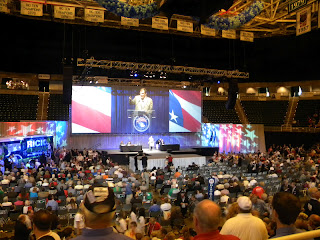 
Conservative Offers $20,000 to Anyone Who Can Produce Obama’s College Transcripts http://townhall.com/columnists/douggiles/2012/08/19/conservative_offers_20000_to_anyone_who_can_produce_obamas_college_transcripts/page/full/

In late July, John Hynansky — a longtime friend of Vice President Joe Biden, and a major donor to Biden’s campaigns as well as President Barack Obama’s — was awarded a $20 million taxpayer loan to build a foreign-car dealership in Ukraine.
According to a public summary document, the loan, from the federal government’s Overseas Private Investment Corporation, is for “[u]p to $20.0 million,” and is designed to “expand Winner Import Ukraine’s automobile business, [and] construct and operate ‘Winner Autocity,’ which will have two new, state-of-the-art dealership facilities for Porsche and Land Rover/Jaguar automobiles.”


This story hasn’t gotten much traction in the mainstream media, but Texas Sen. John Cornyn has been on it all week: Russian submarine activity in the Gulf of Mexico.
After receiving no satisfaction to earlier comments to the media, Cornyn wrote a letter today to Admiral Jonathan Greenert, the Pentagon’s Chief of Naval Operations, demanding answers.
“The submarine patrol, taken together with the air incursions, seems to represent a more aggressive and destabilizing Russian military stance that could pose risks to our national security,” Cornyn wrote. “This is especially troubling given the drastic defense cuts sought by President Obama, which include reductions in funding for antisubmarine defense systems.”

“There’s a number of groups out there,” Mr. Zinke told Politicker this morning. “I think what it demonstrates is, there’s a lot of anger, there’s a lot of concern among the former military community.” http://politicker.com/2012/08/seal-assault-just-beginning/