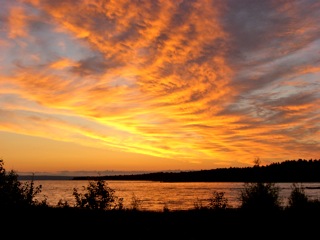 *Cash-strapped hospitals across the country are sending out pink slips as they prepare for possible Medicare reimbursement cuts and state challenges to expanding Medicaid benefits under federal healthcare reform.
Hospitals in Chicago, Nashville, and Cumberland, Md., already have laid off hundreds of employees, according to various news accounts. And in Englewood, N.J., officials at Englewood Hospital and Medical Center are threatening to lay off 70 registered nurses, The Record reports.
Chicago's Northwestern Memorial Hospital, the primary teaching hospital for Northwestern University's Feinberg School of Medicine, told the Chicago Tribune it had laid off 230 employees, part of an effort to cut costs by 25 percent by 2017.
Nashville, Tenn.-based Saint Thomas Health cut 150 nonclinical positions at Saint Thomas Hospital and Baptist Hospital, The Tennessean reported, including closing a wellness center.
"Hospital executives said Englewood is facing the same financial challenges as other employers and is responding to trends seen in other hospitals, including decreasing numbers of patients, declining federal reimbursement for Medicare patients and uncertainty about whether Medicaid will be expanded in New Jersey to cover more uninsured patients," according to the article.

On May 31, 2012, Assistant Attorney General Tom Perez issued a directive to affirmatively recruit people with these “targeted disabilities.”
This DOJ policy does not merely involve prohibitions against discrimination, but rather the documents reveal deliberate recruitment efforts to hire as attorneys and staff for the Department of Justice people suffering from psychiatric disorders and intellectual disabilities.  Moreover, applicants can “self-identify” their disability by means of the “Standard Form 256, Self Identification Disability.”
Those with “targeted disabilities” may be hired through a “non-competitive” appointment. That means they don’t have to endure the regular civil service competition among applicants, but can be plucked from the stack of resumes and hired immediately instead. http://www.libertynews.com/2012/08/22/obvious-holder-doj-targeting-intellectually-disabled-for-hiring/


On August 20, Raub was sentenced to up to 30 days in a psychiatric facility after he was detained by federal law enforcement on August 16 over some Facebook posts that criticized the U.S. government and questioned the official story behind the 9/11 terrorist attacks. He also referred to “starting a revolution.”