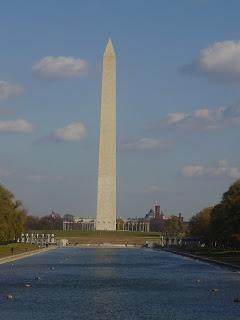 “It’s not time for questions – not while I’m speaking!”

“And the next time I prefer you let me finish my statements before you ask that question! This is the right thing to do for the American people,” the president said. “I didn’t ask for an argument, I’m answering your question.”  Thus sayeth King Barack upon his declaration that the laws passed by Congress on immigration shall not be followed by his Department of Homeland Security, and this was prior to the recent Supreme Court ruling.
The King went on to say that when he decided not to uphold the law that he pledged during his Inauguration to uphold, he would allow young folks who had been brought here illegally by still illegal parents not to be deported if they finish a high school education here (using legal Americans’ taxpayer dollars) or if they serve in our military.
Some time ago, while speaking to a Hispanic group, Obama famously lamented that he is not a King, that he cannot do the bidding of his Hispanic illegal supporters unilaterally.  He now must think he IS our King, for he stated that this is his edict, and would only be a temporary, stop gap measure, because it is the right thing to do.  (Well, at least until his reelection bid is over).  I suggest that perhaps the right thing would have been to uphold the law and to actually meet with members of Congress as other Presidents have done in order to diplomatically persuade them to find a compromise.  There is probably a fair amount of support for those who serve in our military to be put on a path to citizenship.  However, the Democrats required far more than that in their bill, causing it to be too radical for passage.
I have documented here more than 80 Executive Orders, edicts and regulations which this President has enacted without or in direct conflict with the laws passed by Congress and signed into law by Obama himself.  The unintended consequences include the fact that Congress is on a monthly basis allowing a dictatorial President to take from it its power of actually being one of the three branches of our government.
In addition the 25% of unemployed American young people will now be competing for jobs with as many as 1.4 million illegal residents who will now be given work permits.  Since enforcement and proof of residence will be most difficult, enforcement will be next to impossible unless we have yet another government jobs program of employees to do the checking.  Unanswered here is what will happen to their happy, but illegal parents.
I am sure that those in Mexico, Central America, and other countries far and near are more eager than ever to now break our laws, stay in hiding for the required five years, and then they can get their work permits.
I am aware that Presidents for decades have used Executive Orders.  However, in the past they mostly pertained to smaller issues upon which Congress has not ruled.  Here we have a bold, dictatorial President who will rule as he sees fit, for he knows what is good for us much more than we do.
As an update, as we all know, the Supreme Court last week declared that Arizona’s immigration law’s provision for asking for proof of citizenship when a suspect is stopped for any violation of the law is indeed constitutional.  Immediately King Barack and the Department of Homeland Security declared that they will not be impelled to actually uphold the laws of our land.  Janet Napolitano declared a suspension of “a key program that allowed state and local law enforcement to enforce federal immigration law", just in Arizona of course.  Police will be told by ICE to let the illegals go unless they have committed a felony.
The rule of law is now a legitimate campaign issue for Americans.  Do laws passed by our government have any meaning at all, or will the President, whomever he is, have the sole power to dictate what our laws shall be?  Does the Oath of Office have any meaning?  Will our Constitutional Separation of Powers exist?
------------------------------------------------------------------------------------------------------------