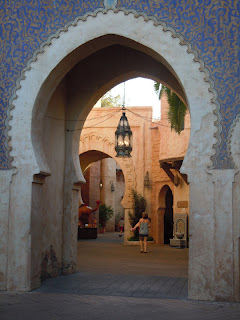 The FBI is investigating more than 100 Muslim soldiers and military contractors with the potential to carry out Fort Hood-style attacks. The administration has kept a lid on the growing threat.
It's covering up the truth about an alarmingly widespread Islamist penetration of the military. The dangerous fifth column was discovered more than two years after Army Maj. Nidal Hasan opened fire on fellow soldiers at Fort Hood, Texas, killing 13 and wounding 29.
The administration whitewashed the jihadist massacre as a run-of-the-mill case of "workplace violence." Now it's trying to postpone Hasan's trial until after the election to keep Islamic terrorism out of the headlines.
Details about the 100-plus investigations of other jihadist soldiers are only now coming out after being suppressed for several months. The FBI and Defense Department first revealed the numbers in a closed House-Senate committee hearing in December.
Of the 100-plus probes, at least a dozen have advanced to full-blown investigations, which means agents have enough evidence to believe that a dozen Muslim soldiers are plotting major attacks against the military. The rest are preliminary investigations of suspect Muslim traitors in the ranks who have radicalized to the point of posing a serious threat.
It's not clear if the dozen full investigations include the case of a Muslim soldier named Naser Abdo, who was convicted last month of plotting another attack at Fort Hood. Police found components for a bomb in his hotel room not far from the base.
http://news.investors.com/article/617087/201207031909/jihadist-fifth-column-in-military-alarmingly-large.htm
------------------------------------------------------------------------------------------------------------
Gov. Rick Snyder vetoed election reform bills that sparked angry protests and cries of voter suppression during committee hearings.
Snyder, in one day doubling the number of bills vetoed during his tenure, nixed bills that aimed to prevent voting fraud by requiring a voter to reaffirm U.S. citizenship before receiving a ballot and requiring photo ID when picking up an absentee ballot from a city office.
He also rejected a bill that would have required training for people, companies and organizations participating in voter registration drives.
But Secretary of State Ruth Johnson said 99.5 percent of the state’s voters have some form of photo identification. As Oakland County clerk, she gave free identification to anyone on assistance programs because the state required it.
Johnson said the bills also have a safety net. If a person doesn’t have photo identification, he or she would still have been able to register, but the registration would be handled as if the person registered by mail, which requires the voter to come in to the polls on Election Day to cast their ballot – not voting absentee in their first election. http://www.mlive.com/politics/index.ssf/2012/07/gov_snyder_vetoes_election_bil_1.html
--------------------------------------------------------------------------------------------------------------
The Health and Human Services Department "was given a billion dollars implementation money," Republican Rep. Denny Rehberg of Montana said. "That money is gone already on additional bureaucrats and IT programs, computerization for the implementation."
"Oh boy," Stan Dorn of the Urban Institute said. "HHS has a huge amount of work to do and the states do, too. There will be new health insurance marketplaces in every state in the country, places you can go online, compare health plans."
The IRS, Health and Human Services and many other agencies will now write thousands of pages of regulations -- an effort well under way:
"There's already 13,000 pages of regulations, and they're not even done yet," Rehberg said.
"It's a delegation of extensive authority from Congress to the Department of Health and Human Services and a lot of boards and commissions and bureaus throughout the bureaucracy," Matt Spalding of the Heritage Foundation said. "We counted about 180 or so."

[What in our world is going on???]  Cops, firefighters stand by and watch as California man drowns

Not just cops and firefighters, either. Spectators watched too, including his elderly stepmother, who was too frail to dive into the water herself.
It took an hour.


Weaver noted that a 2009 policy – revoked this week – prohibited firefighters from participating in water rescues. The policy was implemented after budget cuts ended water-rescue training. OK, I counter, but surely some first responders had been trained before 2009. Weaver’s answer: Yes, but they lacked the right equipment.
Weaver assured me that the firefighters who were on the scene feel horrible about what happened. “Every one of our members who was on that scene wishes that the policy would have allowed them to do something at some point,” he explained.
Any firefighter who broke with policy could have landed in a world of bureaucratic payback. That’s the problem. No government worker in America gets fired for following the rules.
As Russo put it, “We need an approach toward public service that is less rule-bound and more willing to take risk.”  [I presume these people will forever have nightmares over their shocking refusal to save a human life - much better than possibly losing a job - right?] http://hotair.com/archives/2011/06/03/cops-firefighters-stand-by-and-watch-as-california-man-drowns/