You didn't build that ad; Another bankrupt green company; Republican teachers pressured; ABC's false news hurts; The rich DO pay far more and have become less rich; Twenty new taxes on middle class; More of our money goes to Kenya; Burning our corn crops leave a hungry world; Just who did invent the internet?; Dem Congress not contributing to party; An unpresidential attack on a news outlet (and a lie to boot); How contraceptives changed the world; The amazing words of Obama off telepromter; Obama campaign unworthy of a Democratic President; ; 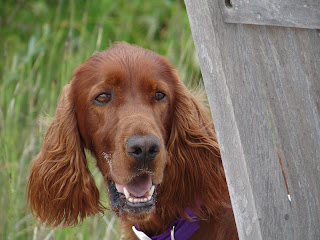 Officials at Amonix headquarters in Seal Beach, Calif., have not responded to repeated calls for comment this week. ...

[Because the name was the same, Brian Ross reported on ABD that a Tea Party man was the perp.....sounds about right...]  ABC Brian Ross Tweets Apology for Insinuating Tea Party Connection to Colorado Shooting
http://www.libertynews.com/2012/07/20/abc-brian-ross-tweets-apology-for-insinuating-tea-party-connection-to-colorado-shooting/

Which brings us to ethanol.  It comes from corn. The amount to be produced is a mandate, not a choice. It’s 13.2 billion gallons this year.  Last year we burnt up 40% of our crop.  This year, given the expected yield reductions, we could easily destroy over half of our corn.

The U.S. is by far the world’s largest producer, and our abundant supply is a major factor in keeping the price of the world’s most abundant feed and food grain low—generally around $3.00/bushel.  That was before George W. Bush decided that the answer to global warming was to produce ethanol from corn.  Hence the rise in corn price that commences with the 2007 passage of the ethanol mandates, followed soon by global food riots.  $8.00 corn today will likely bring much more of the same.

What we have seen is a change in policy, not of the weather.  Now, the Saudi Arabia of corn burns up half of its supply, instead of selling it to a hungry world.  All of this was brought to you by our greener friends and, yes, Republicans, working the political process hand in hand.  Later, the environmental community realized—as some of us had been telling them for years—that corn ethanol results in an increase in carbon dioxide emissions, not a decrease. http://www.forbes.com/sites/patrickmichaels/2012/07/22/a-hungry-world-population-oh-well-let-them-eat-ethanol/

If the government didn't invent the Internet [as Barack Obama declared], who did? Vinton Cerf developed the TCP/IP protocol, the Internet's backbone, and Tim Berners-Lee gets credit for hyperlinks.

“So, just in case some of your friends or neighbors or, ya know, Uncle Jim who’s a little stubborn and been watching Fox News and, ya know, he thinks that somehow I raised taxes. Let’s just be clear. We’ve lowered taxes for middle class families since I came in office,” Obama said.


If you were successful, somebody along the line gave you some help. There was a great teacher somewhere in your life. Somebody helped to create this unbelievable American system that we have that allowed you to thrive. Somebody invested in roads and bridges. If you've got a business. you didn't build that. Somebody else made that happen. The Internet didn't get invented on its own. Government research created the Internet so that all the companies could make money off the Internet.

For such a supposedly fantastic speaker, it's sure hard to bring to mind any outstanding Obama quotes. I remember nothing from his big post-racial race speech, his inaugural, his state of the union addresses. What I remember is when he goes off teleprompter.


"Why can't I just eat my waffle?"
"I've now been in 57 states -- I think one left to go."
"The private sector is doing fine."
"At a certain point, you've made enough money."
"The Cambridge police acted stupidly."
"I bowled a 129. It's like -- it was like Special Olympics, or something."
"They get bitter, they cling to guns or religion or antipathy to people who aren't like them."
"We're the country that built the Intercontinental Railroad."
"I think when you spread the wealth around, it's good for everybody."
"You didn't build that."


To that "presidential" harassment one needs to add what the Democratic Party does: strangely enough they only call and e-mail to collect money. Never to tell us what are the important causes for the Party.