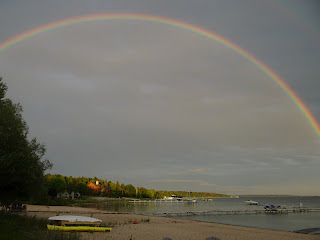 
President Barack Obama may believe "you didn't build that," but 72 percent of Americans disagree, according to a newly-released poll by Rasmussen. According to the poll, 72% "believe small business owners [are] primarily responsible for success of their business," while only 13% disagree.

In addition:
Here’s the beginning of a July 20 ABC News story on the shooting credited to Matthew Mosk, Brian Ross, Pierre Thomas, Richard Esposito, and Megan Chuchmach, after the editor’s note apologizing for Ross falsely implicating a member of the Colorado Tea Party:


A California woman who identified herself as the mother of James Holmes, the 24-year-old man federal authorities said is the suspect in a mass shooting in an Aurora, Colorado movie theater, told ABC News her son was likely the alleged culprit, saying, “You have the right person.”  [She was only saying that she IS the mother of the man....  Now when will we stop trusting ABC, I ask?  And let's once again be grateful for what I call the "New Media" who aired the truth.]


Krishnan Guru-Murthy, anchor, Channel 4 News: So do you carry guns routinely at home? Ice-T: Yeah, it's legal in the United States. It's part of our Constitution. You know, the right to bear arms is because that's the last form of defense against tyranny. Not to hunt. It's to protect yourself from the police. http://www.realclearpolitics.com/video/2012/07/23/ice-t_defends_gun_rights_the_last_form_of_defense_against_tyranny.html

Former Obama administration officials were tightlipped about the escalating violence in Syria and declared that there is “time and space” to negotiate with Iran over its nuclear program during a press call organized by the president’s reelection campaign Monday.  http://freebeacon.com/obama-campaign-downplays-syria-soft-peddles-iran/

A report by Germany's domestic intelligence agency puts the number of Salafi Muslims in the country at 3,800 last year, with a small number of those prepared to use violence to achieve their aims.