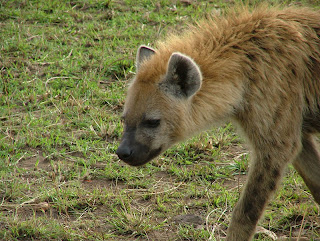 The cat is out of the bag.  Americans now know more about public unions than ever before – and they don’t like what they’ve learned.  Prior to the angry union efforts in the Recall Election of Wisconsin Governor Scott Walker, we generally accepted without question or thought the public union contracts which American taxpayers fund, not understanding that union members are often paid more than private sector workers, that they pay little or nothing toward their health care insurance and pensions that private-sector workers must fund to a high degree, or that they can take full retirement after about 20 years.  Some teachers retire with up to 95% of their salary provided by us for the rest of their lives as well having  health insurance, and then immediately become substitute teachers in the very same district, getting paid once again for their time.  They are, after all, our employees.  They behave as our bosses.

Americans are discovering that public union bosses are often thugs who threaten their opponents.  They take union dues from members without their consent and then use that money to pay themselves very high salaries, to purchase fancy resorts to benefit union bosses, and spend the rest on getting Democrats elected.

Governor Scott Walker did what he promised to do when elected.  Democrat legislators actually fled the state to avoid losing the vote regarding union negotiations and payments.  The unions then filled the capitol city with members from all over America, protesting loudly and camping out at the state Capitol – causing much damage to the building.  Children were brought from their classrooms to join the protest, while teachers indoctrinated students instead of teaching then how to think. An aura of hatred was inspired.
.
When given free choice to belong to a union or not, 45% of those in the public union AFSCME in Wisconsin dropped their union membership.  No longer can dues be taken from them involuntarily. In fact 38% of them voted against the recall of Scott Walker.

We Americans now have a better knowledge of why our state and local governments have so much debt, with public union pension obligations bankrupting cities and states. In some school districts, for instance, 70% of taxpayer dollars are spent on pension payments.  Teacher salaries have doubled since 1970, but the number of students has only risen by 8.5%.  And yet competency of graduates has diminished.  More money is clearly not the answer.

Governor Walker has in 1 ½ years turned his state budget from a deficit to a surplus and saved Wisconsin taxpayers $1 billion. He did not ask the unions to do anything radical – just to be part of the solution after decades of oversized salaries and benefits.  Governor Walker raised union member donations from 6% on their health care premiums to 12.6%, while non-union members pay about 25%.  Union workers paid nothing or very little toward their pensions until Walker required them to pay only 5%, while non-union members pay up to 100%.  When the value of non-union retirees’ investments drops, it is they who must absorb the loss, while our taxpayer dollars keep union pensions at promised levels through higher taxes. I applaud the teachers of Boyne City, Harbor Springs & Charlevoix for consenting to changes in their contracts in order to stem rising debt.

Since the Wisconsin failure of unions, unions in Michigan have decided not to follow through on their recall efforts against Michigan’s Governor Snyder, for they realize that their money may not be well spent on recall efforts.  Other states may be emboldened by Walker’s victory to take on the oversized power of the unions in their states, seeking Right to Work laws guaranteeing voluntary union membership and contract renegotiations, and saving state budgets.

Forty percent of Americans identify themselves as conservative – 21% as liberal.  Conservative Americans learned from Wisconsin that if they only get out of their chairs to affect an outcome in an election, they can out-organize and out-raise the left and the unions. It is an empowering feeling, one on which to build.   Perhaps this recall effort awakened the sleeping giant.  Conservatives are no longer the silent majority.  May they continue to join the battle for America.