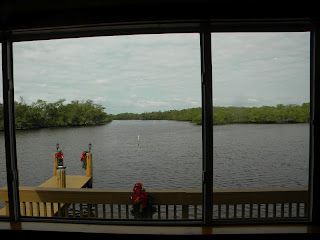 since the national attention is on birth control, here's my idea: If we want to fight poverty, reduce violent crime and bring down our embarrassing drop-out rate, we should swap contraceptives for fluoride in Michigan's drinking water.
We've got a baby problem in Michigan. Too many babies are born to immature parents who don't have the skills to raise them, too many are delivered by poor women who can't afford them, and too many are fathered by sorry layabouts who spread their seed like dandelions and then wander away from the consequences.
Michigan's social problems and the huge costs attached to them won't recede until we embrace reproductive responsibility.
Last year, 43 percent of the babies born in Michigan were to single mothers. And even though Medicaid pays for birth control, half of the babies born here were to mothers on welfare. Eighteen percent were born to teenagers who already had at least one child. And nearly 1-in-5 new babies had mothers with no high school diploma.
Ispoke with an educator who is dealing with a single mother, mid-30s, with 12 children and a 13th on the way. The kids have an assortment of fathers with one thing in common — none married their mother. This woman's womb is a poverty factory.
It wouldn't matter if Michigan's economy were bursting with jobs, the woman and her children would still be poor.
Who's supporting these kids? If you're a taxpayer, you are. The roughly 45,000 children a year born onto the welfare rolls is a major reason Medicaid will consume 25 percent of next year's budget.
In the 1990s, Michigan considered penalizing women who had more babies while on welfare, but pro-life groups killed the idea out of fear it would lead to more abortions.

The Justice Department presented what it said was evidence that as many as 1.5 million Texans don't have the government issued photo i.d. required to vote, but Attorney General Greg Abbott says of the people on that roll, 50,000 are dead, 330,000 are over the age of 65 and can vote by mail, where a photo i.d. is not required, and more than 800,000 are on the list improperly.

In fact, University of Texas students conducted a telephone survey of random people on the DOJ's list of people who allegedly don't have the documents required to vote, and found that more than 90% of them, including 93% of African Americans and 92% of Hispanics on the list, actually have a photo i.d.