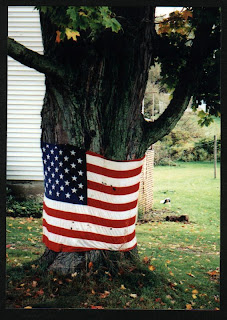 Barney Bishop, the former Executive Director of the Florida Democratic Party, has written an article detailing why he can not support Barack Obama over Mitt Romney. Bishop had this to say on the president’s policies in an op-ed posted at sunshinestatenews.com:


In every challenge that faces our nation, Obama sees a solution that can only come with another government-spending program. He fails to harness the ingenuity of entrepreneurs; instead he actually places obstacles, like burdensome regulation, in front of their path to progress.

In response to these findings, electro-shocking and netting began Friday in Sandusky Bay with no evidence of Asian carp found. However, additional testing and monitoring are planned by the Ohio and Michigan Departments of Natural Resources in conjunction with partner agencies.


Medicare Monthly fee more than doubling by 2014 because of Obamacare.

Maryland’s governor Martin O’Malley, chairman of the Democratic Governors Association, was caught posting false data to his state’s website this week in response to a story about the wealthy fleeing Maryland to escape the state’s rising taxes. The Examiner posted the story on July 7, 2012:


“In 2007, Maryland passed some of the largest tax increases in history, and I believe a lot of the exodus of taxpayers out of the state has to do with the tax burden,” said Larry Hogan, founder of Change Maryland and a former member of Republican Gov. Bob Ehrlich’s administration.
The continuous tax increases proposed by Gov. Martin O’Malley won’t help the situation, Hogan said. http://www.libertynews.com/2012/07/16/democratic-governors-association-chairman-caught-falsifying-data-on-state-website/


The next time you hear Barack Obama praise China as being vastly superior to America - think of this video: http://www.youtube.com/watch?v=wjcoICbnwFY

Obama, as a campaign stop in Virginia, said in no particular order:

1) We used to have the best stuff, used to be the best in the world.

2) China has invested so much in their infrastructure and now their ports, trains, schools and airports are all vastly superior to ours.

3) If you are thinking of starting a business, Bejing looks like a pretty good option.

Of course, he leaves out the fact that China is highly polluted (I can personally attest to that), they force children by the millions into child labor, their are scant civil rights and they do not attempt at all to prevent environmental damage.