King Barack responds; What was thrown out by Supreme Court; Sheriff to soldier on; The one damaging email at DOJ; Russian invade our air space with no Obama protest; "Green drivel" exposed; Only 3 percent of America is urbanized; Britain's 'green' problem; A tale of government gone wild; U.S. carbon dioxide emissions falling; 13,000 Sacramento Democrats refused to vote for Obama; TSA to share info with local mass transit systems 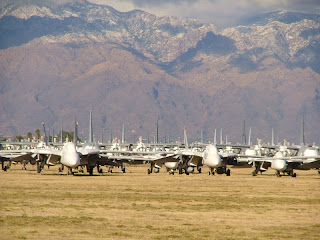 The Obama administration said Monday it is suspending existing agreements with Arizona police over enforcement of federal immigration laws, and said it has issued a directive telling federal authorities to decline many of the calls reporting illegal immigrants that the Homeland Security Department may get from Arizona police.

Administration officials, speaking on condition they not be named, told reporters they expect to see an increase in the number of calls they get from Arizona police — but that won’t change President Obama’s decision to limit whom the government actually tries to detain and deport.


When speaking to audiences on the subject of the environment, I’m often confronted with people who express concerns about “urban sprawl,” and “over-development.” And polls suggest such concerns are widespread: In a March 2011, Gallup poll, 57% of people worried a great deal/fair amount about “urban sprawl and loss of open space;” and 42% of people said they worried “not much/not at all” about the same issue.
With so many people worried, the pie chart, below, offers some interesting context. Note that only about 3 percent of the US is urbanized. 56 percent is forest and pasture. The second chart below, shows the trends in land use over time.

But the “epic failure” of Rio, as Friends of the Earth called it, is an apt cue to recall how this leaves Britain as the only country in the world committed by law to cut its emissions of carbon dioxide by 80 per cent in less than 40 years. The Climate Change Act, on the Government’s own figures, faces us with a bill of up to £18 billion every year until 2050, making it by far the most costly law ever passed by Parliament.
More important still, however, this raises the question: how do all those MPs who voted almost unanimously for this target (only three voted against it) think we can meet this obligation without closing down virtually our entire economy? http://www.telegraph.co.uk/comment/9350678/MPs-have-no-idea-how-to-meet-the-carbon-target-they-voted-for.html
------------------------------------------------------------------------------------------------------------
Shortly after Roman made his gun purchases, the feds swooped in to arrest all four members of the family.  HSI and local law enforcement raided the gun store and the Reese home.  They came in helicopters, armored vehicles and too many heavily protected and armed law enforcement officers to count.  Not only were the four members of the Reese family arrested, but the feds confiscated every gun, all ammunition from both their store and their home, then they confiscated the home, cars, bank accounts, coin collections and virtually everything the family owned.
Each member of the family was eventually taken to a different jail or prison facility to be held without bail until their trials.  The prosecution argued that they were flight risks or might even stage a Ruby Ridge type stand off because their home had a well and solar panels and they had found guns on the premises.  Can you imagine that?  They actually found guns and ammunition in the house and place of business of federally licensed gun dealers.  It was also noted by the prosecution that Rick and Terry Reese were part of the local Tea Party, which must have made them look violent in the eyes of the prosecutor.
Six months after being arrested, Terri Reese was allowed to post bail, but the courts continued to withhold bail for the father and two sons.
Recently, the first preliminary hearing was held for the four members of the Reese family.  According to a WND report, the prosecution revealed a number of revelations during the preliminary hearing.  For one thing, Roman spoke little broken English and that most of the hinting of guns going to Mexico was said in Spanish, which none of the Reese family knew or understood.  However, the transcripts that the court had to read had all been translated into English, so that it appeared that the conversation had taken place in English.


President Barack Obama was the only choice on the ballot for the 85,000 Sacramento County Democrats and 5,000 decline-to-state voters who took Democratic ballots during last Tuesday’s primary. But about 8,000 of those voters left their presidential ballots blank, and another 5,300 scribbled in a write-in candidate.
The Democrats who shunned Obama were largely concentrated in conservative parts of the county, particularly Orangevale, Citrus Heights and the rural outskirts.