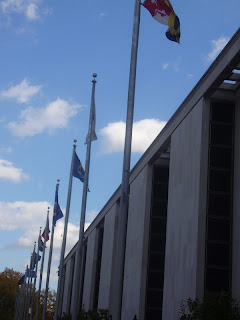 Daily Caller writes: Protesters at the “Occupy CPAC” event, organized by the AFL-CIO and Occupy DC to target the Conservative Political Action Conference in Washington, were unaware of what they were protesting against Friday afternoon.
The Daily Caller spoke to several protesters outside of the conference venue and many said they had no idea what the Conservative Political Action Conference was, or what they were supposed to be opposing.
Several of the protest organizers were unhappy that reporters were trying to ask questions. They demanded that reporters “just film” the signs and protesters, but refrain from speaking to participants.


The Gateway Pundit writes about Rahm: Emanuel’s proposal would require all handgun owners to obtain a certificate of registration from the State Police for every handgun they own — at a cost of $65-per-weapon — and to renew that registration every five years.
They would be required to provide: their name, address and telephone number; the manufacturer of the gun, its model type and serial number; and the date and source of the purchase.
Whenever a handgun is sold, the seller would be required to report the sale to the State Police “no less than 48 hours prior to delivery.” Handgun buyers would have 20 days to file for a new certificate of registration. Anyone caught carrying or possessing an unregistered handgun would face a Class 2 felony.

If gun owners cannot afford to pay the $65 fee for each gun they must turn their guns in to local law enforcement for destruction.  Punishment for not complying is a Class 2 Felony.  How unfortunate for the rest of the good people of Illinois to have the scourge of Chicago in their state.  And this fresh on the heels of signing a check for $399,950 to the Second Amendment Foundation after the U.S. Supreme Court overturned Chicago’s ban on handguns…because it was unconstitutional.  http://www.thegatewaypundit.com/2012/02/obamas-chief-of-staff-exposes-obamas-true-intentions-for-radical-gun-control-in-the-u-s/
-------------------------------------------------------------------------------------------------------------
[I just listened to the speech of Andrew Breitbart at the CPAC convention.  Saying, "This is my war cry!", he stated that Occupy is at war with us.  While dining with Weather Underground members Bill Ayers and Bernadine Dorn, he was told that Occupy is more or less the anti-war crowd of old.  Breitbart  stated that class warfare and racial division are central to Obama's Hope and Change and that this election is between America - and Occupy, saying, "Ask not what the candidate can do for you - ask what you can do for our candidate."  As a paraphrase of President George W. Bush, he ended his speech with, " If you don't stand for all Republican candidate [making sure you vote], you are on the other side!"  He also stated that Obama WILL be vetted this time and that he has videos of Obama while he was in college. He said that conservatives have "taken" it for too long and they are not "taking" the left's tactics any more.
He was encouraged by the fact that when the Occupy crowd was disruptive outside the hall, 200 CPAC attendees went out to confront Occupy and to chant USA! to drown them out.]

An accommodation is something handed out beneficently to those who have a problem. We accommodate people in wheelchairs on public transportation, we accommodate people with food allergies or religious needs by providing alternative meals. A compromise is something agreed to jointly by equals (it comes from the Latin for a mutual promise). Obama, in his own mind, has no equals. Hence, he is “accommodating” these people with their annoying moral scruples so at variance with liberal orthodoxy.
Likewise, the other day he told NBC’s Matt Lauer the reason he had been unable to be as transformational a president as he would have liked was that he had been unable to “force” Congress to pass his programs. What an interesting choice of words. [I didn't realize that a President has the constitutional authority to "force" his will - he is to convince others to follow.  Would-be dictator, is he?] http://www.commentarymagazine.com/2012/02/12/obama-compromise-and-congress/#more-783507
-------------------------------------------------------------------------------------------------------------
American Thinker opines: How many times will the American people have to be hit over the head before they understand that Barack Obama is the most corrupt, dictatorial, and ideologically driven president in American history?  That his entire being and psyche are devoted to transforming the country not only into a socialist utopia, but into a nation permanently governed by a radical oligarchy?
Yet so many seem to not care or are deliberately oblivious to the long-term implications of his actions, many of which mirror those of the despots that ran roughshod over the last century.
The recent ruling by the Obama Department of Health and Human Services forcing religious institutions to provide either directly or through private insurance not only contraceptives, but abortion pills and sterilization is not a matter of so-called women's rights, but a means of setting the precedent and foundation to force organized religion to be subservient to the state.

The passage of ObamaCare, from which this edict stems, has nothing to do with healthcare; rather, it is a vehicle to ultimately control the day-to-day activities of the American people through the dictates and mandates emanating from an overarching bureaucracy.  Once fully implemented, individual liberty and freedom, the hallmarks of the nation's history, will be eradicated forever.
In furtherance of Obama's transformative goals, he and his minions are in the process of shackling the free market through unfettered government control and influence.  It is the aim of the Obama presidency to create a so-called "government-business partnership" wherein the government chooses the winners and losers based upon their allegiance to and support of the regime.

The massive spending and debt incurred over the past three years are the byproduct of Obama's overarching objective to make certain that the overwhelming majority of the populace becomes, by necessity, dependent on the government, thus more subservient and easily controlled.  Whether the country becomes insolvent or the middle class ceases to exist is immaterial.
The history of the United States and its traditions of liberty and individual freedom should be a bulwark against the successful emergence of someone like Barack Obama and his cronies.  Yet the majority of the citizenry, the media, the opposition party, the members of Congress, and the judiciary are not shouting from the highest hilltop and taking action to stop the Obama regime's unconstitutional acts and power-grabs.
Perhaps it is as it was in Germany, Italy, and Russia among many -- a belief that the worst could never happen here.
Either the citizens, on the 6th of November 2012, will choose to reverse course and return to the basic tenets of freedom and liberty upon which the nation was founded, or the people will choose to blindly follow Barack Obama on a path which will eventuate in internal chaos and violence as well as subservience to those countries who wish to see the end of America's time on the world stage. [Yes, reading the entire article is worth your time.]  Read more: http://www.americanthinker.com/2012/02/barack_obama_in_the_footsteps_of_twentieth_century_despots.html#ixzz1mGUdNnvm
-------------------------------------------------------------------------------------------------------------
The Washington Examiner writes: Here are four facts that ought to scare the daylights out of every person who cares about preserving individual freedom, economic opportunity and American self-reliance
• Takers get more than makers: Individuals received on average $32,748 worth of benefits annually in 2010, the most recent year for which full data is available. By comparison, the average personal disposable income of tax-paying Americans was $32,446.
• More takers mean more costs for taxpayers: An estimated 67.3 million people in America depended on government for food stamps, retirement income, health care, job training and a host of other benefits. As a result, the dependency index rose 8.1 percent in 2010 over 2009, at a cost to taxpayers of $2.5 trillion.
• Fewer makers to support each taker: Just as former British Prime Minister Margaret Thatcher predicted, sooner or later the entitlement state runs out of other peoples' money to redistribute. In 2010, nearly half -- 49.5 percent -- of all adult Americans paid no federal income taxes. This is a prescription for an economic imbalance similar to the one that has paralyzed Greece.
• Ranks of the takers are exploding: The baby boomer generation has begun retiring and within the next 25 years their ranks will swell to more than 70 million. Virtually all of them will depend on government for many benefits. This means the Dependency Index is headed higher, even if major entitlement programs like Social Security, Medicare and Medicaid are reformed now.
Alexis de Tocqueville reputedly said that the American republic will last only "until the majority discovers it can vote itself largess out of the public treasury." http://washingtonexaminer.com/opinion/op-eds/2012/02/takers-overtake-makers-threatening-american-self-reliance/266966
-------------------------------------------------------------------Huffington Post reports: You've heard about free school lunches and breakfasts, but how about school suppers? In California, dinners are now being served to students at almost 200 schools.
These California schools are joining a new federally-funded effort to provide three meals a day to children from low-income families who also attend after-school programs across the state.
When Congress passed the Healthy, Hunger-Free Kids Act near the end of 2010, it allowed after-school programs to receive federal funding for supper at the same rate provided for free and reduced-price school lunches. To be eligible, the after-school program must have an educational component, such as homework tutoring or a class on health and nutrition, and at least half of students served must qualify for free or reduced-price meals.
One parent, who was struggling financially, told Petrill that the school-provided meals for her children saved her $100 a week in grocery costs.
[We have this program in Michigan.  EVERY student gets the dinner because they don't want to make the poor people feel different.  So long, family meal times...  It's sunrise to sunset care by the government.  And we wonder where the entitlement mentality originates?] http://www.huffingtonpost.com/2012/02/09/school-supper-dinner-is-n_n_1265631.html
------------------------------------------
Posted by Karen at 8:49 AM