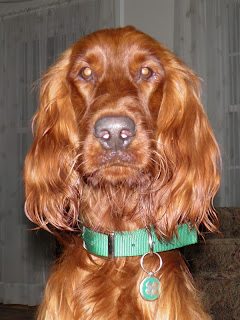 [The recent withdrawal of pensions for the white collar worker at GM needs to be seen for what it is. The pensions they do have are to be converted to 401(k)s which are not protected from market fluctuations as are the union pensions. GM still owes America over $14billion dollars - well, not really, for Obama said they don't have to pay us back.  Who owns GM now that Obama's sold all our stock in the company?  If you said the unions, you would be right, for that is who were given the most shares of stock in the settlement made with the Obama administration.  What you need to keep in mind is that the UNION members will NOT be losing their pension plan, health care benefits, or bonuses.  Does it not look as if the unions are now in position to punish the white collar workers who kept them from even higher wages and benefits?  Yes, it does.  GM just announced that their 2011 profits were their largest ever!  Do we remember that part of the settlement included the fact that GM does not have to pay any corporate income tax for 10 years?  Now - where is Occupy Obama?]
GM, which plans to begin promoting its relisting on the stock exchange to investors this week, wiped out billions of dollars in debt, laid off thousands of employees and jettisoned money-losing brands during its U.S.-funded reorganization last year. [My oh my - this sounds just like what Mitt Romney is being condemned for doing!]
Now it turns out, according to documents filed with federal regulators, the revamping left the car maker with another boost as it prepares to return to the stock market. It won't have to pay $45.4 billion in taxes on future profits. http://online.wsj.com/article/SB10001424052748704462704575590642149103202.html
--------------------------------------------------------------------------------------------------------------
World Net Daily reports: Anyone who reads Chapter 7 of Agenda 21 and then reads his local comprehensive land-use plan will immediately recognize that most of the provisions of the local land-use plan come directly from Agenda 21. More often than not, the elected officials who adopt these plans have never read Agenda 21, and many have never even heard of the U.N. document, signed by President George H.W. Bush in 1992.


In the case of the U.S., our local authorities are engaged in planning processes consistent with LA21 [Local Agenda 21], but there is little interest in using the LA21 brand. … So, we call our processes something else, such as comprehensive planning, growth management or smart growth.

In community after community, the same scenario is repeated. The federal government, through the EPA or the Department of Commerce or the Department of Interior, offers special grants to communities for the purpose of developing a vision for a greener future and a plan to convert the vision into reality.
The plans are necessarily so long and complex that few people ever read them, other than the professional planners and enforcement officials. Many, if not most, of these comprehensive plans incorporate many, if not most, of the codes developed by the International Codes Council. Here are some of the codes:


AP reports: The Obama administration is weighing options for sharp new cuts to the U.S. nuclear force, including a reduction of up to 80 percent in the number of deployed weapons, The Associated Press has learned.
The potential cuts would be from a current treaty limit of 1,550 deployed strategic warheads.
A level of 300 deployed strategic nuclear weapons would take the U.S. back to levels not seen since 1950 when the nation was ramping up production in an arms race with the Soviet Union. The U.S. numbers peaked at above 12,000 in the late 1980s and first dropped below 5,000 in 2003.
vvhttp://hosted.ap.org/dynamic/stories/U/US_NUCLEAR_WEAPONS?SITE=AP&SECTION=HOME&TEMPLATE=DEFAULT