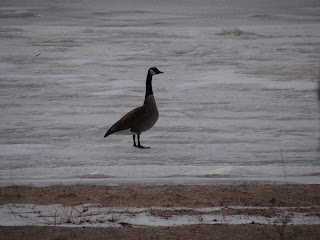 
“Simply put,” Frisch wrote, “the progressive movement is in need of an enemy. George W. Bush is gone. We really don’t have John McCain to kick around any more. Filling the lack of leadership on the right, Fox News has emerged as the central enemy and antagonist of the Obama administration, our Congressional majorities and the progressive movement as a whole.”
We must take Fox News head-on in a well funded, presidential-style campaign to discredit and embarrass the network, making it illegitimate in the eyes of news consumers.”

And then there was some stuff about how to implement this campaign, such as hiring private investigators to dig into the private lives of Fox News employees and other highly ethical ideas. [They have been found to have actually written the newscasts for MSNBC and NBC.  Such fair reporting!]


DICK MORRIS: Obama did not make a mistake in this mandate. It’s a deliberately calculated move on his part. The Democrats realize that abortion is no longer a winner for them. It used to be ten points more pro-choice than pro-Life, now it’s ten points more pro-Life than pro-choice possibly because of the publicity of the anti-abortion people, possibly because of the aging of the population. But the point is that it’s a loser issue. So what they’re trying to do now is replace it with contraception.
So the first piece of evidence was after Santorum won Iowa, the first controversy was, “Do you think states should have the right to ban contraception?” Where did that come from? Then you remember that ABC debate with that paid Democratic hitman George Stephanopoulos went after Romney trying to…
They want to create the impression that the Republicans will ban contraception, which is totally insane, but they’re floating it out and they’re bringing it out there. And this move on Obama’s part was part of injecting that issue.

Gallup released new information on Monday showing that the unemployment rate has managed to creep back up to 9.0 percent.
Gallup also shows the underemployment rate is at 19.2%. Those who are underemployed, according to Gallup, are individuals who "are employed part time, but want to work full time, or they are unemployed." http://www.washingtontimes.com/blog/watercooler/2012/feb/14/picket-gallup-shows-us-unemployment-9/
-------------------------------------------------------------------------------------------------------------
American Thinker opines: History is replete with great men like Barack Obama -- transformational leaders of wide renown, seeking to shape history in their own image, never realizing it is not great men who make history; it is history which makes great men.
Our president has never been more than an epigone of a great man.  And the cold glare of history will see Barack Obama for the man he truly is -- and it will not matter what the meaning of "is" is.
"The world will little note, nor long remember" Barack Obama, because contrary to his own opinion, he is the nation's worst president.  He is an arrogant, hyper-partisan, race-baiting, committed socialist -- a man whose deliberate attempts to transform the nation into a banana republic, with pictures of himself on the side of every building, have been thwarted only by his need to win one more election.
The world knows that Obama worships at the altar of Obama, but what I don't understand is why so many Americans and the press buy into his self-delusional perception of magnificence.  From his first day in office, he has made one bad decision after another, ham-handedly making the nation's situation worse at every turn.