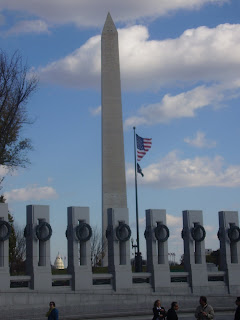 Fox News reports: The Commerce Dept. unveiled a plan Friday to create a national cyber-identity system that would give consumers who opt in a single secure password and identity for all their digital transactions.
The National Strategy for Trusted Identities in Cyberspace (NSTIC) will be a voluntary system designed to protect consumers from online fraud and identity theft -- which hit 8.1 million people last year, at a total cost of $27 billion. The problem: The current system of half-remembered passwords jotted down on post-it notes and based on pets and maiden names simply isn't good enough.  The "identity ecosystem" will create secure online IDs for Americans who elect to join the program, giving them a single credential -- such as a unique piece of software on a smart phone, a smart card, or a token that generates a one-time digital password -- which they can use to log on to a variety of websites.  [I am sure I will not participate.] http://www.foxnews.com/scitech/2011/04/15/obama-administration-unveils-internet-id-plan/?cmpid=cmty_email_Gigya_Obama_Administration_Unveils_Internet_ID_Plan
----------------------------------------------------------------------------------------------------------------------------------
CNN writes:  Don't like the way airport screeners are doing their job? You might not want to complain too much while standing in line.
Arrogant complaining about airport security is one indicator Transportation Security Administration officers consider when looking for possible criminals and terrorists, CNN has learned exclusively. And, when combined with other behavioral indicators, it could result in a traveler facing additional scrutiny.
CNN has obtained a list of roughly 70 "behavioral indicators" that TSA behavior detection officers use to identify potentially "high risk" passengers at the nation's airports.  [And yet recent reports show the TSA is failing to stop true threats to airline safety, allowing knives and guns onto our planes at times.]
"Expressing your contempt about airport procedures -- that's a First Amendment-protected right," said Michael German, a former FBI agent who now works as legal counsel for the American Civil Liberties Union. "We all have the right to express our views, and particularly in a situation where the government is demanding the ability to search you."
"It's circular reasoning where, you know, I'm going to ask someone to surrender their rights; if they refuse, that's evidence that I need to take their rights away from them. And it's simply inappropriate," he said.
http://www.cnn.com/2011/TRAVEL/04/15/tsa.screeners.complain/
------------------------------------------------------------------------------------------------------------
The Washington Examiner reports: Three days after a federal appeals court continued to block implementation of major parts of a controversial immigration law passed in Arizona last year, state legislators in Georgia overwhelmingly passed a bill with provisions similar to Arizona’s SB 1070. http://washingtonexaminer.com/blogs/beltway-confidential/2011/04/undeterred-9th-circuit-court-appeals-georgia-follows-arizona-s-le
-------------------------------------------------------------------------------------------------------------
Big Journalism catches CBS doctoring news video?: Why would someone come to a [Tea Party] rally on April 16th with a sign for an election that has already been held (and lost by the libs)? Because the footage isn’t from today…it’s from earlier this year. The man in the screencap above holds a sign to encourage voters to vote Klopenburg (who lost to Prosser in a “this is what democracy looks like” election). It was couched between footage of Palin’s Saturday afternoon speech and presented as footage taken from the same day.
CBS ironically says that the tea party is one of the “most polarizing and powerful political force in decades” despite reporting on the union protests during the first half of this piece. Because SEIU or the AFL-CIO with their bosses’ documented weekly visits to visit the Obama White House, their campaign stumping for him, their Democrat donations, and the bully tactics they employ aren’t polarizing at all.  http://bigjournalism.com/pjsalvatore/2011/04/16/did-cbs-falsify-rally-footage-to-favor-union-protesters/
-----------------------------------------------------------------------------------------------------------------------------------
The Washington Examiner writes on Obama's meanness, when he invited Paul Ryan to his budget speech: What Obama instead delivered, with Ryan sitting in the front row, was, in the Wall Street Journal's unsparing description, a "poison pen" speech dripping with mean-spirited partisanship, gross misrepresentations of fact, and sophistry of the lowest sort concerning Republicans' alleged desire to hurt old people, the poor and mentally challenged children. It was the sort of harangue one would expect from a rabidly devoted partisan hack, with no relation whatever to the thoughtful appeals to reason and common values that historically have characterized presidential leadership in this country.
Obama then spent Thursday evening regaling an audience of Democratic donors with what he thought were off-the-record insider jabs about his recent budget negotiations with House Republicans, including this cheap shot at Ryan: "When Paul Ryan says his priority is to make sure he's just being America's accountant, that he's being responsible, I mean this is the same guy that voted for two wars that were unpaid for, voted for the Bush tax cuts that were unpaid for, voted for the prescription drug bill that cost as much as my health care bill -- but wasn't paid for. So it's not on the level." The reality is that the Iraq and Afghanistan wars under President Bush were regularly funded by Congress, claiming tax cuts must be "paid for" is a hoary piece of Democratic class-warfare demagoguery, and the prescription drug plan Ryan supported cost half as much as the Democratic alternative then on the table. Such fact-free commentary is to be expected from blind partisans, but not the president of the United States.
Odds are we will see more of this meaner side of the Obama persona in the months ahead because, as columnist and former GOP presidential aide Pete Wehner notes, "now that he finds himself intellectually outmatched by Paul Ryan

Decency and respect for others has suddenly become passe. Talking about our disagreements without being disagreeable has been overtaken by events. Not impugning the character of the opposition is fine as long as it's convenient, but it's to be ignored whenever necessary." In other words, we're now seeing the real Obama in what promises to be an ugly campaign.