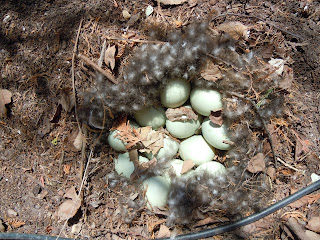 
Redstate opines: Why are companies leaving the Golden State? As you might expect, California’s out-of-control spending, high taxes, and burdensome regulations figure among the top 10 reasons. Vranich, however, recently added high energy costs to the list:

The #10 Reason (New!) – Unprecedented Energy Costs: The California Manufacturers and Technology Association states that commercial electrical rates here already are 50% higher than in the rest of the country. However, a law enacted in April 12, 2011 requires utilities to get one-third of their power from renewable sources (e.g., solar panels, windmills) within nine years. Look for costs to increase by another 19% in many places to a whopping 74% in Los Angeles. Such new burdens along with upcoming regulations stemming from the “California Global Warming Solutions Act” set potentially overwhelming obstacles to companies here as they try to meet competition based in other states and in foreign nations.  http://www.redstate.com/laborunionreport/2011/04/20/afscme-boss-explains-californias-suicidal-tendencies/

The NLRB is hanging its case on a senior Boeing official's statement to the Seattle Times that "The overriding factor [in transferring the line] ... was that we cannot afford to have a work stoppage, you know, every three years." The NLRB absurdly claims this is "unlawful employer speech" that infringes on "a worker's fundamental" right to strike. But the Supreme Court has long held that firms may consider the economic effect of strikes when making business decisions.A ruling in favor of Obama's NLRB would make it presumptively illegal for any unionized firm to invest in a right-to-work state.
Why would any domestic company choose to build a factory in a forced-union state if it knew that meant it could never expand to a right-to-work state? Why would any international firm invest anywhere in this country if it knew the White House would favor political allies?