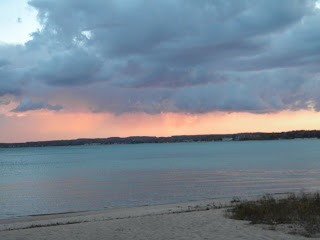 The Blaze reports: Recently, Rep. Allen West (R-FL) decried Obama’s “third world dictator-like arrogance.” That raised some eyebrows. So last night, Fox’s Greta Van Susteren, who was a little uncomfortable with the remarks, gave West a chance to walk them back.  [He said:]


I am sick and tired of this class warfare, this Marxist, demagogic rhetoric that is coming from the President of the United States of America. It is not helpful for this country and it’s not going to move the ball forward as far as rectifying the economic situation in our country. And I’m not going to back away from telling what the truth is.
[...]
There’s a great depth to my conviction, and part of my conviction is telling the truth. I don‘t think it’s very presidential when Barack Hussein Obama refers to my colleague, Paul Ryan, as a simple little accountant, either. So I think that when you look at what a community organizer is turning out to be, it does seem to be like a low-level socialist agitator.  http://www.theblaze.com/stories/allen-west-reiterates-obama-dictator-remarks-low-level-socialist-agitator/

The Washington Post reports: Details are slowly trickling out about Senate Majority Leader Harry Reid’s secret, week-long trip to China with nine other senators. The lawmakers have given out minimal information about their itinerary because of supposed “security concerns.”
Last checked in, the intrepid congressional delegation (or codel) had paused in Hong Kong over the weekend, likely morphing into a shopping delegation (or shopdel).
The next afternoon, to meet their stated goal of doing “site visits of American investments” in China, they took a ferry to . . . wait for it, wait for it . . . Macau, a tiny former Portuguese enclave where major Reid backer and Las Vegas gambling impresario Steve Wynn and other American casino operators have invested big-time — and profited enormously. That’s why the group would have tried to blend in with other tourists — not an easy thing for 10 senators, 10 spouses, five staff members and assorted foreign service officers.  [If it is so dangerous, why are all the wives also there?] http://www.washingtonpost.com/politics/harry-reids-high-stakes-china-gamble/2011/04/21/AFGH8cKE_story.html?hpid=z2
------------------------------------------------------------------------------------------------------------
Townhall reports on a problem at Oregon State University: Dr. Robinson is perhaps best known for the Oregon Petition Project, which states that “there is no convincing scientific evidence” that humans are causing “catastrophic heating of the Earth’s atmosphere” or disruption of its climate. It urges Congress to reject the 1997 Kyoto global warming agreement – and has been signed by more than 32,000 Americans with university degrees in physical sciences (including yours truly and over 9,000 PhDs).
Dr. Robinson decided to run for Congress.  He challenged DeFazio, who initially figured he would have a cakewalk against this political neophyte. With polls showing his lead narrowing, an increasingly desperate DeFazio struck back.
Bristling with a sense of entitlement, the congressman ran print, television and radio ads, painting Robinson as a nutcase who would promote racism, put radioactive wastes in drinking water, end Social Security and Medicare, close schools, repeal taxation of oil companies and destroy Oregon jobs. With help from Rachel Madow and MSNBC, DeFazio claimed Robinson lived off Social Security in a survivalist compound and was funding his campaign with cash from money launderers and drug dealers.
Despite the libelous attacks, Robinson garnered a very respectable 44% of the vote – and promptly announced that he would run for DeFazio’s seat again in 2012.
Even though they have been working on their PhDs for almost five years at OSU, and have about a year to go, Joshua has been forbidden access to the equipment he built for his PhD work, and Bethany has been told she will be dismissed from school. Matthew, who turned down a nearly “full ride” from MIT to go to OSU, has been there for two years – but now is waiting for the ax to fall on his work and his thesis professor, Dr. Jack Higginbotham, who came to the students’ defense.
Oregon State is a prime example of what happens when educational institutions fall under progressive-socialist control, and dependency on taxpayer handouts from political overseers in Washington. DeFazio and his fellow congressional Democrats gave OSU a reported $27 million in earmark funding during the last legislative cycle alone. That’s $9 million per Robinson student denied a PhD.
In depressing testimony to how far America has strayed from its Constitution and founding principles, we have reached the point where congressmen can lavish key supporters with tax dollars – and in return get votes, campaign contributions, rallies and volunteers on our campuses … and be assured of vicious retribution against the families of anyone rash enough to run against them.  http://townhall.com/columnists/pauldriessen/2011/04/23/political_payback_%E2%80%93_oregon_style/page/full/
-------------------------------------------------------------------------------------------------------------

The Washington Examiner wrote: In the House, 19 Democrats joined the Republican majority in a decisive 255-172 vote to defund the EPA's attempt to circumvent Congress and begin its own cap-and-trade program. The reason the outlook is so grim for the EPA on this issue is the fact that a growing number of congressional Democrats have had enough of being threatened by executive branch political appointees.
Shortly after the House vote last week, Rep. Dennis Cardoza, D-Calif. -- who opposed the Upton measure -- told Politico that a growing number of his Democratic colleagues were beginning to view the EPA as a "rogue agency." He added, "I think the president's out of step on this one, and he's going to have to get his agency under control."