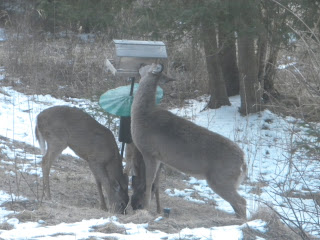 Muslim student group shares meaning behind Sharia, way of life – The Lantern – Campus.
“There is such ignorance that many people have no clue what Islam is,” Nana said. “When the sponsors of the bills were asked what Sharia is, they had no answer,” said Mufti of the anti-Sharia laws that have been introduced in some states.
Nana explained Sharia as not just Islamic law, but a code of life for all Muslims.
Nana also spoke of the similarities between the American legal system and Islam.
“Our legal system here in America has strong links and owes a lot to Islam,” Nana said.
Nana said the jury system and the concepts of reasonable doubt and legal representation were all borrowed from Islam.
Michael Calvert, a third-year in international studies, came to hear Nana discuss Sharia because he thinks it is an interesting topic in the world today.
“I had no idea that the Western law system is based so much on Sharia,” Calvert said. “There are a lot more similarities than people realize.”
In truth:
Sharia judicial proceedings have significant differences with other legal traditions, including those in both common law and civil law. Sharia courts traditionally do not rely on lawyers; plaintiffs and defendants represent themselves. Trials are conducted solely by the judge, and there is no jury system (like civil law in countries such as Russia and France). There is no pre-trial discovery process, and no cross-examination of witnesses. Unlike common law, judges’ verdicts do not set binding precedents[102][103][104] under the principle of stare decisis[105] and unlike civil law, Sharia does not utilize formally codified statutes[106] (these were first introduced only in the late 19th century during the decline of the Ottoman Empire, cf. mecelle). Instead of precedents and codes, Sharia relies on jurist’s manuals and collections of non-binding legal opinions, or hadith, (ulama, particularly a mufti); these can be made binding for a particular case at the discretion of a judge. http://creepingsharia.wordpress.com/2011/04/18/muslim-brotherhood-founded-student-group-whitewashes-sharia-at-osu/
-------------------------------------------------------------------------------------------------------