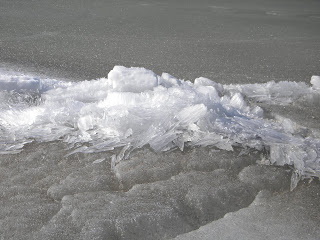 Following is my latest column in the Boyne City Gazette:

My beliefs have been questioned in a recent Letter to the Editor by Mr. Reed, who is entitled to his own opinion, but is not entitled to speak for my beliefs.


Though I am a precinct delegate, the opinions I offer are mine alone, and in no way speak for the entire Republican party, with whom I never discuss positions or staregy.  Following 20 years of daily research, I have written my news service for over two years because it had become increasingly clear to me that mainstream media covers one perspective only, the liberal one.  A voice from the right should be allowed to be heard.


I do not hate union members.  Only 7.2% of private-sector workers were union members at the last count, the lowest percentage since 1900, demonstrating how well the free market system can work to retain good employeres.  Union membership grew to 37.4% among government workders whose salaries we pay, and total just 12% of all American workers.  Should 12% of America demand contract terms from the 88% who are not in a union?  This fight is about the overreaching poewer of union bosses and the dues they collect.


I do question the motives and methods of some union leaders, as I have been witness to written and circulated death threats to someone I know.  These methods, and what unions are fighting for, are becoming known to all Americans because of events in Wisconsin and many other states.  Wisconsin legislators received many death threats.  Wisconsin businesses were offered signs to put in their windows declaring "unity with workers' rights."  Owners were then threatened with boycotts if they failed to post the signs.


It is hard to accept that unions without Congressional approval were allowed to exist in order to "bring in more highly educated and competent teachers" when incompetent ones are rarely fired.  The National Education association's top lawyer, Bob Chanin, has stated; "It is not because we care about children and it is not because we have a vision of a great public school for every child.  NEA and its affiliates are effecicve advocates because we have power".


I believe public unions should be a right, and not a requisite in order to work. Dues automatically taken and/or given to any political party shouldn't be allowed.  Contrary to Reed's statement, I want more for good teachers, who should receive pay raises according to merit, not according to union schedules.  Tenure should not be a reason to retain bad teachers.  If larger raises go to great teachers, more talented students will seek education degrees, as the reward for diligence and excellence will be theirs.  Current policy rewards slackers and fails to encourage teachers to be all they can be, harming education outcomes.  The free market encourages excellence.


Public unions have expected taxpayers to not only pay their members' salaries, but to provide free health care and guaranteed pensions for life, with taxpayers expected to make bankrupt pensions whole.  Where is their vaunted "fairness" in that?  Non-unionized Americans must fund their own programs, or they don't have one.  If the value of their retirement funds goes down, it is they who must suffer the consequences.


Already sharing the pain of the budget are seniors, who have had no cost-of-living increase in two years, but must also pay an increase in Medicare premiums.  The "rich" pay Medicare taxes on every dollar earned, and pay income tax on up to 85% of their Medicare and SS benefits.  The "richest" 5% of Americans pay 50% of all income taxes.  Fully 41% of Americans pay no income taxes at all, and 30 million actually get paid by us because they didn't earn enough to pay taxes.  What percentage would he consider to be a "fair" portion of taxes from those who actully develop businesses, take risks and provide jobs?  Taxation has always been selective, and union are just the latest to be "targeted".


WARNING!  The following stories are graphic and disturbing, but we have a need to be informed.