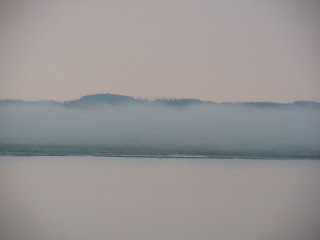 "Years after implementing a costly passenger screening program, the Homeland Security agency responsible for protecting the nation’s transportation system failed to detect terrorists at U.S. airports on nearly two dozen occasions," according to Tom Fitton, President of Judicial Watch.  In 2010 SPOT cost taxpayers nearly $212 million and the Obama Administration wants $232 million for it this year.
It gets better. Most of the airports where terrorists boarded planes rank among the top 10 highest risk on the TSA’s Airport Threat Assessment list.  “the TSA deployed its behavior detection program nationwide before first determining whether there was a scientifically valid basis for the program.” http://www.examiner.com/law-enforcement-in-national/airport-snafu-terror-suspects-compromise-security
-------------------------------------------------------------------------------------------------------------
American Thinker opines: We have been hearing for years that the White House is withholding evidence on the Fort Hood jihadi, Major Nidal Malik Hasan.  Now comes direct confirmation of this from Hasan's own lawyer.  On March 30, Lt. Gen. Robert Cone, the outgoing commanding general at Fort Hood, granted a request from John Galligan, Hasan's lawyer, to delay the trial until late April.  Galligan, however, disclaims responsibility for all the delays, blaming them on none other than Barack Hussein Obama.

Redstate, on union thugs: Over the weekend, thousands of union workers crowded in Chicago’s Daley Plaza to show their solidarity(!) with their union comrades in Wisconsin.
According to the Chicago Sun Times:

What? No mention of the Communists there to rally with their union brothers?


We have noticed an alarming message, prevalent at every single left wing protest we have attended this year in Chicago and the Midwest. While each protest has an official message of a seemingly less alarming cause, such as; Anti-War, Anti-Deportation or “We Are One” with “Union Solidarity”, there is also an extremely disturbing trend of blatant and obvious promotion of a revolutionary transformation of America into a new socialist or communist type of economic system.
What was even more disturbing to us, was the amount of young children brought to the protest with their parents, holding signs which prominently advocate for a new alternative economic system in America, and being taught what we believe is a very “un-American” message, by the reoccurring theme these Chicago protests contain. Communist protesters at this rally even claim they are very patriotic for their advocacy to end capitalism in America.  http://www.redstate.com/laborunionreport/2011/04/11/we-are-one-unions-and-communists-rally-in-chicago/