Scott Walker, on Obama; Obamas Fly Trainer from Chicago Each Week; Fracking Frights; President Bush and the Convention Against Torture; Changing US Demographics; Rainforests May Become Hazard Instead of Asset to Planet; A Way to Take the Vote in Wisconsin; 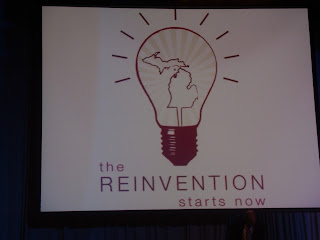 American Thinker opines: The Republican majority of the Wisconsin State Senate has at hand the tools to end its stalemate now.  The Wisconsin Constitution assigns the state legislature the responsibility of crafting rules and definitions governing how voting is to be conducted, i.e., the mechanics of voting. Article IV, Section 7 empowers 51% of the elected legislators in each house of the Wisconsin legislature to do the following:
Posted by Karen at 8:23 AM