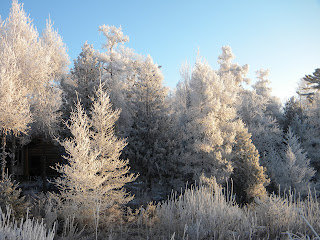 The Wisconsin State Capitol had taken on an eerie quiet by late Friday. Gone were the throngs of protesters who had occupied its marble floors like it were a summer campground. The midnight honking of cars circling the white building had ceased. The chalk outlines around fake dead bodies etched with Wisconsin Governor Scott Walker's name remained in dismembered parts, not yet completely washed away by hoses.
It was the governor, however, who had walked away the legislative victor in the showdown. On Friday, as angry protesters chanted "Shame" and blew horns and vuvuzelas, Walker took up a dozen pens, one at a time, to sign into law a bill that not only takes away the ability of unions to bargain collectively over pensions and health care but also limits pay raises of public employees to the rate of inflation and ends automatic union dues collection by the state. It also requires public unions to recertify annually. It was a coup by Wisconsin Republicans against the labor movement in one of its strongholds.
Read more: http://www.time.com/time/nation/article/0,8599,2058601,00.html#ixzz1Gbc63qo0
-------------------------------------------------------------------------------------------------------------


"We need a bigger, bolder Communist Party if we are to meet the challenges of the day...With the all out attacks on workers rights' in Wisconsin and states across our nation, it is imperative that we build the Communist Party as we help build the grassroots movement for jobs and democracy..."

The Communist Party USA is organizing a "1st Annual CPUSA National Conference" to be held at the Party's Unity Center in New York, April 16-17.

In fact, Communist Party members are working in coalition with other progressive groups in helping lead many of the local fight back efforts.The planned conference is designed to bring communists and left and "progressive" activists together from all over the country to discuss, plan and act.

The Party  has also learned a thing or two from revolutions in Egypt and Libya and plans to step up its use of social media.


Central to the deliberations will be panel discussions highlighting many of the opportunities and challenges of building the Communist current in the working class and people's movement. Use of the working-class tools like PeoplesWorld.org and PoliticalAffairs.net and social networking sites like Facebook and Twitter are also on the agenda...