US Allowing Eleven Foreign Governments To Join US Lawsuit Against Arizona;Sale of Wyoming Uranium Processing Facility to Russians; McDonald's and Their Denied Request For Health Insurance Waiver 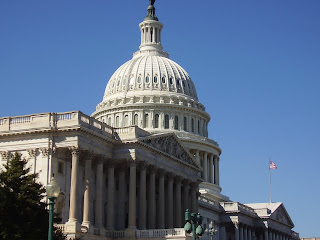 Politico reveals this shocker: In a new twist in the fight over Arizona’s immigration law, Republican Gov. Jan Brewer on Tuesday asked a federal court to disallow foreign governments from joining the U.S. Department of Justice lawsuit to overturn the law.
The move comes in response to a 9th Circuit Court of Appeals ruling issued Monday, allowing nearly a dozen Latin American countries — Mexico, Argentina, Bolivia, Brazil, Costa Rica, Ecuador, El Salvador, Nicaragua, Paraguay, Peru and Chile — to submit friend-of-the-court briefs in Justice’s challenge to SB 1070, which Brewer signed into law in April and is considered one of the nation’s toughest immigration-enforcement measures.

[Do you recall McDonald's and our government denying that McDonald's wrote to the government to indicate that without a waiver exempting them from part of the new health care bill, they might have to drop mini-med insurance for their workers?]  Nearly a million workers won't get a consumer protection in the U.S. health reform law meant to cap insurance costs because the government exempted their employers.
Thirty companies and organizations, including McDonald's (MCD) and Jack in the Box (JACK), won't be required to raise the minimum annual benefit included in low-cost health plans, which are often used to cover part-time or low-wage employees.
The biggest single waiver, for 351,000 people, was for the United Federation of Teachers Welfare Fund, a New York union providing coverage for city teachers. The waivers are effective for a year and were granted to insurance plans and companies that showed that employee premiums would rise or that workers would lose coverage without them, Santillo says. [Just as Nancy Pelosi said, we have to pass that bill in order to see what is in it!]  http://www.usatoday.com/money/industries/health/2010-10-07-healthlaw07_ST_N.htm