How dare the sun be shining today? 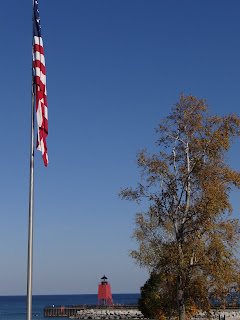 Just to show you that YOU must keep informed, I share what I found on Facebook this morning: Sources confirmed today that hundreds of thousands of military absentee ballots were delivered hours after the deadline for them to be counted, with preliminary counts showing that they would have overturned the vote in several states and brought a victory for Governor Mitt Romney.
Officials say the ballots were delivered late due to problems within the military mail system. Tracking invoices show the ballots sat in a warehouse for a month, then they were accidentally labeled as ammunition and shipped to Afghanistan. At Camp Dwyer, Marine Sergeant John Davis signed for them and was surprised at the contents.
“It’s a shame,” Rear Admiral John Dawes said when asked for comment.  “I expected a delay so I ordered that everyone cast their votes eight months ago. It’s really unfortunate that our mail system failed us and directly affected the course of history.”  [Do you just suppose that the military might have voted against the man who left American military to die in Benghazi?  NO, REAR ADMIRAL, THIS IS NOT A SHAME, IT IS A TRAGEDY WHICH HAS BEEN REPEATED TIME AFTER TIME.  IT IS A DERELICTION OF DUTY.  WHY WAS THE ELECTION CALLED BEFORE THE MILITARY BALLOTS COULD BE COUNTED, AND WHY COULD THE MILITARY NOT VOTE BY EMAIL AS DID THE VICTIMS OF HURRICANE SANDY?  WHY???  WE SHOULD ALL BE AFRAID OF WHAT HAS BECOME OF OUR LEADERSHIP IN WASHINGTON.  MAYBE BALLOTS FOR 2014 SHOULD BE SENT NOW, AND THE MILITARY CAN THEN WRITE IN THEIR VOTES AND SEND THEM AS SOON AS WE KNOW WHO THE CANDIDATES ARE.  IS THAT WHAT IS NECESSARY?

Written by me on November 7: How dare the sun be shining today?  It is the darkest day for America in many decades.  Yesterday those who want our government to do something for them outvoted those who want to do something for our country.  The Era of Entitlement is now fully entrenched and probably won't be replaced until those Americans who actually pay for those entitlements decide to quit doing so - by retiring, closing their businesses along with the jobs they provide, or by having as their goal underperforming instead of outperforming others so that they too can get government goodies.  The people who don't work expect those who do work to do more to support them.  As Margaret Thatcher once said, “The problem with socialism is that you eventually run out of other people's money. ”

Those who have gained all their political news from the likes of Bill Maher, John Stewart, and the mainstream media came, or were taken to the polls, en mass in order to remain on the dole, to receive their free Obama phones, and to have cradle-to-grave support from their government.  Obama had the constituency of those who don't even know who the vice-President is and who don't know American history, much less current events. He has the constituency of those who cannot discuss differences in opinion, who instead castigate with foul language and angry voices those with whom they disagree. A mainstream media willing to lie for their candidate, to actually hide from us any inconvenient truth, to fact check their opponent but not their chosen candidate, is much to blame for this outcome.  Without a Republican Senate, this President may be impeached for his dereliction of duty by abandoning our American military in Benghazi, but he will never be indicted or made to pay for his shameful inaction and lies following this act of war, for the Senate remains in Democrat hands.  The only upside I can find in the re-election of Barack Hussein Obama is that our inner cities will not now be burned down by the radical left, and conservatives are now not in so much physical danger from those who believe our only reason for not voting for Obama is that we are racists.  As was written in a Prague newspaper, "The danger to America is not Barack Obama, but a citizenry capable of entrusting a man like him with the Presidency."

The Progressive education being taught in our schools for the last 40 years has done its job.  Back in my day, Nikita Khrushchev said to the UN,  "America will fall without a shot being fired. It will fall from within."  Progressives have indeed infiltrated our government, our schools and our media, just as Nikita suggested at the time.  Allowing anyone to actually vote without proving they are an American citizen, or are who they say they are, is a perfect example of getting their job done.
With a passion which has deprived my family and myself of a normal life in retirement, I have managed my website for four years, 6 days a week, 52 weeks a year.  I have been told not to submit any more columns to my two local newspapers because they do not agree with my message, or "someone" complained.  I have spent 4-6 hours per day researching, writing newspaper columns and letters to the editor, posting columns on Examiner.com and RedState, never receiving anything for my efforts but my pride in having fought the good fight, in attempting to bring the truth to my readers.  I did this to secure a better future for my children and grandchildren.  They at least know that I did all I could think of to do, including spending 9 hours on Capitol Hill and being a poll challenger for 11 hours yesterday, participating in the apparently failed Project ORCA.    Voter fraud is almost always allowed and committed by the left, and military ballots are never delivered on time.
I am too old to spend the rest of my life fighting on a daily basis for the next four years, so I leave that job to others. It is someone else's turn.  If any one of you is interested in continuing what I have begun, I will walk you through the process.  I have decided that this will be my last post, for I am discouraged and dismayed and see yesterday's election as the terrible tipping point - that Americans would reelect such a divisive, revenge-seeking President, who just last night announced that those who voted for him are "family" - intimating that the rest of us are not just fellow Americans, but are enemies of the Messiah against whom he will seek his stated revenge. As Obama's puppet-master, the Iranian born Valerie Jarrett, said:  “After we win this election, it’s our turn.  Payback time.  Everyone not with us is against us and they better be ready because we don’t forget. The ones who helped us will be rewarded, the ones who opposed us will get what they deserve. There is going to be hell to pay.  Congress won’t be a problem for us this time. No election to worry about after this is over and we have two judges ready to go.”  While I remain a true conservative and will continue to learn the truth for myself, I want you to do the same.  I  leave with you my two must-read websites from which I have received the bulk of my information.  The first is Lucianne.com.  Lucianne Goldberg is the publisher who had a lot to do with Linda Tripp's taping of her conversations with Monica Lewinsky. Her son is journalist Jonah Goldberg.   The second website is Drudgereport.com.  I encourage you to visit each site daily, if only to read the headlines.

Please feel free to make comments or to send an occasional email to me - and please keep up the good fight for America.  She is in extreme danger.