Inserting government into private businesses; The 545 people of Congress 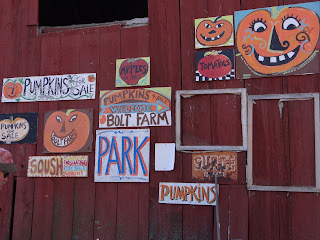 President Obama and his Administration have made a habit of inserting their government and power into the private businesses of America:
1)     Obama’s Jobs Bill, Section 376, forces states to give up their sovereign immunity if they take any Federal funds for any program or activity.  Read this one again.   “Subsection (b) states that a State’s receipt or use of Federal financial assistance for any program or activity shall constitute a waiver of sovereign immunity to a suit brought by an employee or applicant for employment of that program or activity for a remedy authorized under the Act.”  http://www.whitehouse.gov/jobsact/read-the-bill#376
2)     Obama took over GM and Chrysler, fired their CEOs, and appointed a new Auto Czars who was totally inexperienced in the venue.  He broke a legal contract by denying to the preferred bondholders the right to be paid before anyone else, paying them pennies on the dollar.  Chairmen of the Boards will now be appointed by US and Canadian governments and the UAW. He demanded closure of many auto dealerships, almost every one of them having donated to Republicans.  United Auto Workers now own 17% and the Canadian Government owns 12% of GM.  He has declared, however, that taxpayer losses of up to $30 billion represent a resounding success.  Meanwhile, signing bonuses and salary increases are being implemented once again.  Worst of all, the deal allows GM to pay no taxes for 10 years, all the while providing large bonuses to executives.  Seventy percent of their automobiles are being produced in China.   At this time the judge who brokered the deal is learning that GM may have hidden facts from him, so he is considering litigating the deal, undoing the entire thing.
3)     He has openly taken sides with unions, 12% of all American workers, against the interests of the other 88% of us. Only unionized companies can get larger government construction contracts, as per Executive Order #13502.
4)     Obama’s Department of Justice is suing the Boeing Company for daring to build and operate a new plant where unions are not required to be involved.
5)     Though not directly related to the Boeing case, it should be noted that the president recently made three “recess” appointments to the NLRB despite the fact that the Senate was technically still in session. The National Federation of Independent Business is suing to have the appointments declared unconstitutional.

The Regulations of The Affordable Health Care Act:
6)     Any Secretary of Health and Human Services is empowered by Obamacare to decide with no Congressional vote what care will and will not be covered and what new regulations will be mandated.  This leads to rationing through so-called Death Panels.
7)     The American Cancer Society has noted, "The federal government has never before attempted to define what constitutes essential medical benefits for Americans with private insurance."  And yet they are now planning, through Obamacare mandates, just what private health insurance policies may cover.
8)     President Obama’s Department of Health and Human Services (HHS) released an official policy directive undermining the welfare reform law of 1996. The law required those on Welfare to either work for their money or take training to qualify them for work and took 50% of recipients off the Welfare roles, giving them new-found pride in their own accomplishments.  This new policy guts those requirements duly passed by Congress and signed by President Clinton.    Executive Orders were never meant to countermand all on its own the laws passed.
9)  Vice President Joe Biden said at the University of Wisconsin-LaCrosse that Planned Parenthood “under law cannot perform any abortion.”
Planned Parenthood itself has published fact sheets indicating that it did 985,731 abortions in just the three years from 2008 through 2010. These included 324,008 abortion in 2008, 332,278 abortions in 2009, and 329,445 abortions in 2010.

10)  Executive Order 13535: Patient Protection and Affordable Care Act's Consistency with Longstanding Restrictions on the Use of Federal Funds for Abortion

This executive order establishes an adequate enforcement mechanism to ensure that Federal funds are not used for abortion services, except in cases of rape or incest, or when the life of the woman would be endangered, consistent with a longstanding Federal statutory restriction that is commonly known as the Hyde Amendment.

The Act maintains current Hyde Amendment restrictions governing abortion policy and extends those restrictions to the newly created health insurance exchanges. Under the Act, longstanding Federal laws to protect conscience (such as the Church Amendment, 42 U.S.C. 300a-7, and the Weldon Amendment, section 508(d)(1) of Public Law 111-8) remain intact and new protections prohibit discrimination against health care facilities and health care providers because of an unwillingness to provide, pay for, provide coverage of, or refer for abortions.

Politicians are the only people in the world who create problems and then campaign against them.

Have you ever wondered, if both the Democrats and the Republicans are against deficits, WHY do we have deficits?

You and I don't propose a federal budget.  The President does.

You and I don't have the Constitutional authority to vote on appropriations. The House of Representatives does.

You and I don't write the tax code, Congress does.

You and I don't set fiscal policy, Congress does.

You and I don't control monetary policy, the Federal Reserve Bank does.

One hundred senators, 435 congressmen, one President, and nine Supreme Court justices equates to 545 human beings out of the 300 million are directly, legally, morally, and individually responsible for the domestic problems that plague this country.

I excluded the members of the Federal Reserve Board because that problem was created by the Congress.  In 1913, Congress delegated its Constitutional duty to provide a sound currency to a federally chartered, but private, central bank.

I excluded all the special interests and lobbyists for a sound reason.  They have no legal authority.  They have no ability to coerce a senator, a congressman, or a President to do one cotton-picking thing.  I don't care if they offer a politician $1 million dollars in cash.  The politician has the power to accept or reject it.  No matter what the lobbyist promises, it is the legislator's responsibility to determine how he votes.

Those 545 human beings spend much of their energy convincing you that what they did is not their fault.  They cooperate in this common con regardless of party.

The Constitution, which is the supreme law of the land, gives sole responsibility to the House of Representatives for originating and approving appropriations and taxes.  Who is the speaker of the House?  John Boehner.  He is the leader of the majority party.  He and fellow House members, not the President, can approve any budget they want.  If the President vetoes it, they can pass it over his veto if they agree to.

It seems inconceivable to me that a nation of 300 million cannot replace 545 people who stand convicted -- by present facts -- of incompetence and irresponsibility.  I can't think of a single domestic problem that is not traceable directly to those 545 people.  When you fully grasp the plain truth that 545 people exercise the power of the federal government, then it must follow that what exists is what they want to exist.

If the tax code is unfair, it's because they want it unfair.

If the budget is in the red, it's because they want it in the red.

If they do not receive social security but are on an elite retirement plan not available to the people, it's because they want it that way.

There are no insoluble government problems.

Do not let these 545 people shift the blame to bureaucrats, whom they hire and whose jobs they can abolish; to lobbyists, whose gifts and advice they can reject; to regulators, to whom they give the power to regulate and from whom they can take this power.
Above all, do not let them con you into the belief that there exists disembodied mystical forces like "the economy," "inflation," or "politics" that prevent them from doing what they take an oath to do.

They, and they alone, should be held accountable by the people who are their bosses.  Provided the voters have the gumption to manage their own employees...  We should vote all of them out of office and clean up their mess!