Attack and blame - my newspaper column 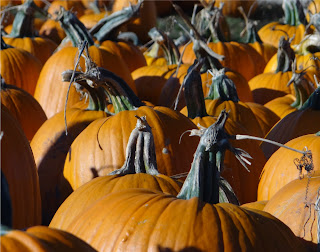 Hope and Change is now Attack and Blame
Vice Presidential candidate Paul Ryan noted, “President Obama’s Hope and Change has become Attack and Blame”.  Joe Biden told his black audience that Republicans will "put y'all back in chains".  Long before the President was running for reelection, those on the far Left have preferred name-calling, lying and the blame game,  attack ads and hateful speech to an actual debate of the real issues.  Do you need evidence?
During the President George W. Bush years, the Left refused to condemn the movie “Death of a President” wherein President Bush was assassinated.  Silence from the Left greeted the NAACP ad showing a black man being dragged in chains behind a truck, intimating that George Bush condones lynchings. Another ad claimed that if Bush were reelected, more black churches would burn.
.  In 2010, instead of educating us on the competing ways to save Social Security and Medicare from bankruptcy, an ad was run showing Paul Ryan pushing an old lady in a wheelchair over a cliff.  The 2012 version is even more outrageous.
MSNBC this June ran a news segment about Mitt Romney's campaign bus, asking "what could go wrong?"  They then showed the bus repeatedly blowing up.  Do you think that is funny?  The Left pays no attention to Barack Obama's call for our "national debate to be conducted in a way that heals, not in a way that wounds."  Why should they, when our President himself leads the vitriol?
Instead of selling the Democrat position on tax increases, a Democrat PAC ad shows Florida Congressman Allen West (called an ape by Bill Maher) punching old and young white women. Recently Nancy Pelosi, the former Speaker of the House, blessed Republicans, saying they want to “pollute our air, water and food”, calling them the "E Coli group".  Contradicting her words, all programs receive an automatic raise of 8% each year.
During Obamacare negotiations, our President accused doctors of cutting off limbs and taking out tonsils just to make more money.  Republicans were accused of having no concern for those with autism. Although it is Obamacare which already robs Medicare of $700 billion, shifting it to care of younger people, the Left claims that the possible Ryan plan will eliminate Medicare – a total lie. If it ever passes, the Ryan plan would maintain Medicare as it is for those 55 and over, allowing younger people the choice to either keep the current Medicare or take vouchers.
In the case of Chick-Fil-A and other companies, the Left attempts to put businesses which have views other than their own out of business.  While demanding “acceptance” from everyone, they practice hatred and destruction against those with other views
HBO's hit show "Game of Thrones" recently depicted the decapitated head of President George W. Bush on a stake. Joy Bahar of The View said she would like to see Mitt Romney's house burning down.  There is no condemnation of the ad falsely claiming Romney of killing a man’s wife who died of cancer, nor against the charge made by Senate leader Harry Reid that Romney may be a felon for not having filed tax returns for 10 years. Reid mentioned that he had no proof, but that it is up to Romney to prove him wrong. The New York Times declared that the story is untrue, but there will be no apology. Even Bill Clinton's pal Lanny Davis said, “You have vicious people who are working for the President."
A thug at a voting place in 2010 threatened to bang the head of a poll watcher on the floor for checking someone's ID.  Following the victory of Wisconsin's Governor over those who tried to have him recalled, those on the left were on the Internet calling for the Governor's assassination.  The New Black Panthers have vowed, with no complaint from our President, to put their feet on the  ….ing Republicans' necks at the upcoming National Convention.
As Mitt Romney said to a protester, "You see, young man, this group here is respectful of other people's rights to be heard.  And you ought to find yourself a different place to be disruptive because here we believe in listening to people with dignity and respect!
----------------------------------------------------------------------------------------------------------------------------------