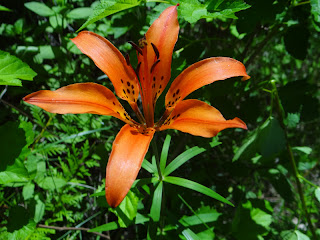 Recent attacks by President Obama on Mitt Romney’s time at Bain Capital reflect his disdain for capitalism as well as his celebration of government control – and his belief that he knows what we need or want better than we do.  As he said, “I won”.  How do hundreds of venture capitalism companies compare to President Obama’s venture investments in green energy companies and company bailouts using taxpayer dollars?
The essence of Bain Capital and other similar firms is that of taking a reasonable risk in hopes of being rewarded.  Lanny Davis, Clinton Administration insider, recently described the process well, saying, “Private equity firms often invest in distressed companies by putting in cash and cutting expenses in order to save a company that is already close to bankruptcy. Sometimes the investment works and the company and jobs are saved. And sometimes, to save the company, jobs need to be cut or wages and benefits reduced.”  Employees and owners alike will be rewarded if jobs can be retained by delivering products which consumers want to buy.  Bain and others use money invested only by private citizens.  Bain Capital has a success rate of 80% on their turn-around companies.  Just a few of Bain’s great successes include Staples and Sports Authority, producing many thousands of jobs.
This President believes that government is the job provider, not the free market.  His administration will therefore decide for Americans how their taxpayer dollars will be invested, without our input or approval, and 70% of his loans were delivered to the companies of his major donors. The record is one of abject failure.  Curious readers can do an Internet search on Solyndra, Beacon Power, Ener1, Evergreen Solar, SpectraWatt, Eastern Energy, Nevada Geothermal, or some others of the 11 companies which CBS News declared have “either already failed, or are on the verge of failing, taking with them more than $6.5 billion in taxpayer money.”
Let’s consider our “investment” in GM.  He touts the fact that the company still exists.  He neglects the fact that Preferred Bond Holders were sold out, many auto dealerships were told to close, 38% of the company is now owned by unions, and GM does not have to pay taxes for 10 years.  Salaries continued to be raised and bonuses are handed out in spite of the fact that Americans are still owed $24 billion. AIG, General Motors and Chrysler still collectively owe us nearly $90 billion.
Some well-know Democrats have been appalled at these attacks on Capitalism, as well as the President’s statement that we should not have a venture capitalist for President.  Obama is himself a venture capitalist.  But he puts our money at risk instead of his own.  As Massachusetts Governor Deval Patrick declared, “Bain is a perfectly fine company.”  Newark Mayor and upcoming Democrat Cory Booker said, “I know I live in a state where pension funds, unions and other people invest in companies like Bain Capital. If you look at the totality of Bain Capital's record, they've done a lot to support businesses, to grow businesses.” It was said afterwords by the Obama Administration that Booker is “dead to us”. Former Governor of Pennsylvania Ed Rendell said of the ads attacking Bain, “I think they’re very disappointing.”  President Bill Clinton said, “Or you can go into a company, have cutbacks, try to make it more productive with the purpose of saving it. When you try, like anything else you try, you don't always succeed. I don't think that we ought to get into the position where we say this is bad work. This is good work.  His record there was sterling.”
Voting in November will either save our system of Constitutional law, capitalism and free enterprise, or it will provide another four years with this ever more divisive and dictatorial President.  He thinks his job is to provide ever more government oversight, jobs and benefits, and to provide amnesty for illegals against the vote of Congress, as he did just last week.  He thinks his word alone should be law.  Obama’s campaign motto is “Forward”, the same as the old Nazi marching tune.  I prefer to go “Onward” with that which made America the hope of the world.
----------------------------------------------------------------------------------------------------------------
Quote OF THE DECADE


This quote came from the Czech Republic. Someone over there has it figured out and hit the nail right on the head. We have a lot of work to do.
"The danger to America is not Barack Obama but a citizenry capable of entrusting an inexperienced man like him with the Presidency. It will be far easier to limit and undo the follies of an Obama presidency than to restore the necessary common sense and good judgment to a depraved electorate willing to have such a man for  their president.
The problem is much deeper and far more serious than Mr. Obama, who is a mere symptom of what ails America . Blaming the prince of the fools should not blind anyone to the vast confederacy of fools that made him their prince .

The Republic can survive a Barack Obama. It is less likely to survive a multitude of fools such as those who made him their president."
Posted by Karen at 8:09 AM