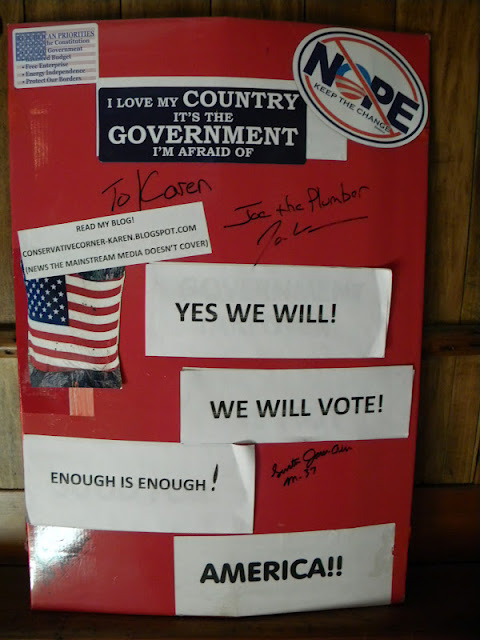 "A polling place, inside a gymnasium, featured a giant poster of Obama '08". www.breitbart.com