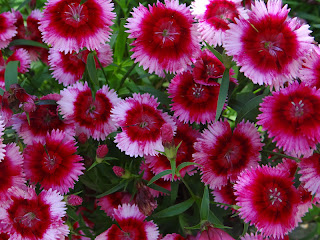 The kinds of drones making the headlines daily are the heavily armed CIA and U.S. Army vehicles which routinely strike targets in Pakistan - killing terrorists and innocents alike.
But the real high-tech story of surveillance drones is going on at a much smaller level, as tiny remote controlled vehicles based on insects are already likely being deployed.
Over recent years a range of miniature drones, or micro air vehicles (MAVs), based on the same physics used by flying insects, have been presented to the public.
The fear kicked off in 2007 when reports of bizarre flying objects hovering above anti-war protests sparked accusations that the U.S. government was accused of secretly developing robotic insect spies.


Barack Obama: "Well I heard about it from the news reports. This is not something we were aware of in the White House and the Attorney General it turns out wasn't aware of either.
So this investigation will be complete, people who have screwed up will be held accountable but our overarching goal consistently has been to say we've got a responsibility not only to stop drugs from flowing north, we've also got a responsibility to make sure we are not helping to either arm or finance these drug cartels in Mexico."

Is it mere coincidence that around the same time Operation Fast and Furious commenced, Secretary of State Hillary Clinton acted to launch talks on a U.N. treaty to regulate the sales of small arms?   Is it also a coincidence that in October 2009, the U.S. State Department released a statement overturning the Bush administration's previous stance against such a treaty?
Secretary Clinton supported the talks stating, "Consensus is needed to ensure the widest possible support for the Treaty and to avoid loopholes in the Treaty that can be exploited by those wishing to export arms irresponsibly."

But the networks were all more aggressive when the 2,000 mark arrived in Iraq on October 25, 2005. The Big Three networks devoted 14 morning and evening news stories to the death toll from October 24 through the end of October, and another 24 anchor briefs or mentions. They used the number to spell “disaster for this White House.”