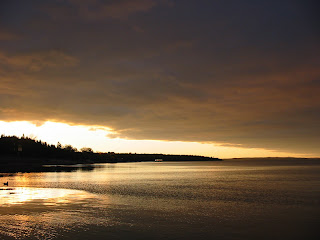 Human Events reports: President Barack Obama has an ambitious plan for Washington bureaucrats to take command of the oceans—and with it control over much of the nation’s energy, fisheries, even recreation in a move described by lawmakers as the ultimate power grab to zone the seas.

The massive undertaking also includes control over key inland waterways and rivers that reach hundreds of miles upstream, and began with little fanfare when Obama signed an executive order in 2010 to protect the aquatic environment.
But in his zeal to curb sea sprawl, lawmakers say the president’s executive order also gives Washington officialdom unprecedented reach to control land use as well.

During a recent address before the annual convention of the National Action Network, a group founded by civil rights leader Al Sharpton, Holder pledged that the Justice Department will take whatever action is necessary in the killing of Trayvon Martin if it finds evidence that a federal civil rights crime has been committed.
But the top law enforcement official in the country did not utter a word about the actions of the New Black Panther Party, which put up a $10,000 bounty for the "capture" of confessed shooter George Zimmerman. Their poster offering the bounty read: "Wanted Dead or Alive."

J. Christian Adams is the former Justice Department attorney who blew the whistle on certain members of the DOJ who allowed members of the New Black Panther Party to get off the hook despite evidence of blatant voter intimidation in Philadelphia during the 2008 presidential election. He says putting a bounty on someone's life is soliciting kidnapping -- a federal offense.

"There are two ways to conquer
and enslave a nation. One is by the sword. The other
is by debt." John Adams 1826


Breitbart reports: Last night’s riotous atmosphere resulted in a sergeant and lieutenant suffering minor injuries while scuffling with anarchist protesters at the Astor Place Starbucks, the police said.
According to police, around 25 people tried smashing the windows of the cafe with eight-foot long steel pipes at around 8:45 p.m. after attending the Anarchist book fair earlier in the day. “Patrons fearing that they would be hit by flying glass hid under tables,” the police said in a statement. “Several” officers were assaulted with pipes and bottles, the police added.