New Black Panther Party forming all-black army in Florida; Petition posted for charging New Black Panters; New Black Panther Party chief of staff talks of honkeys, crackers, and pigs and what is about to happen to them; Suspected spies infiltration US colleges; New Chinese military developments; Black-on-white crimes don't get media coverage; 80 U.S. Representatives may be Communist Party members; Only 5-10% of hot March temps due to man; DNC Chair cancels speech at fundraiser held by Muslin on our Terrorist Watch List; Obama admits that "Buffett Rule" is a gimmick 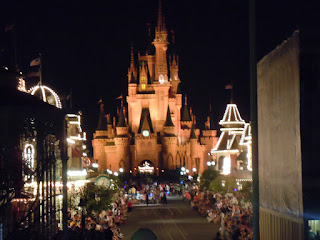 The Gateway Pundit reports: The National Chairman of the New Black Panther Party, Malik Zulu Shabazz, details his plans for an all black army in Florida.  [Hear audio at website].
Of course, the Obama Administration will ignore this just like the $10,000 NBP bounty on George Zimmerman. But then again Obama and the panthers go back a few years. They marched together in Alabama.  [This leader is on video saying that they need to train community patrols, and very soon. He said they need a Ministry of Defense in FL, wherein they will "raise up an army of black men and black people who will control and defend the community."  He ended by saying "you touch us with what we are building for black people and you'll have hell of a price to pay.  We've got to build and then in self-defense, we've got to KILL."  It seems that Florida may now become a "don't go to" state.  Sorry Disney, beach resorts, tourist industry, etc.  Unless Eric Holder  and/or the Governor of FL. takes action, this may become the new Mexico - a place too dangerous for vacations.  Of course, since our Department of Justice has not arrested the same party for putting a bounty on Zimmerman's head, there is little chance of this happening. Isn't it great to have Obama in office to heal the racial and economic divides in our country?  Hope and Change has become No Hope.]  [http://www.thegatewaypundit.com/2012/04/new-black-panther-leader-announces-formation-of-all-black-army-to-kill-whitey-audio/
-------------------------------------------------------------------------------------------------------------
Examiner writes: A petition posted this week at change.org demands Eric Holder's Justice Department file charges against leaders of the New Black Panther Party, saying the group has violated a number of federal laws in connection with their recent activity.
"The New Black Panthers, in response to the tragic death of Trayvon Martin and an active or pending investigation, have attempted to create a race riot, promote an overthrow of the American government, and have solicited the death of an American citizen, George Zimmerman," the petition reads in part.
It then highlights some of the group's recent activities, including a $10,000 bounty the group placed on Zimmerman's head while distributing posters saying the Hispanic neighborhood watch volunteer is "Wanted: Dead or Alive."  The petition says this "suggests that bodily harm or death should come to an American citizen (Mr. Zimmerman) for a fee," and explains:

The Dubai-based company offered MSU money and students for its struggling expansion. Simon considered, but also consulted with the Central Intelligence Agency. Some of the company's investors were from Iran, and the company intended to recruit Iranian students.


Breitbart reports: DNC chair Debbie Wasserman Schultz, who was scheduled to give the keynote address at a fundraiser hosted by an American Muslim on the Federal Terrorist Watch List, is backing out. Called out by her Republican opponent Joe Kaufman, Wasserman Schultz’s spokesman issued a statement that “there was a miscommunication, she is not speaking to the organization … we never agreed to do a fundraiser, nor this event.”  But, as usual, Wasserman Schultz is lying. You can see the flyer here. http://www.breitbart.com/Big-Government/2012/04/11/Wasserman-Schultz-terrorism-event