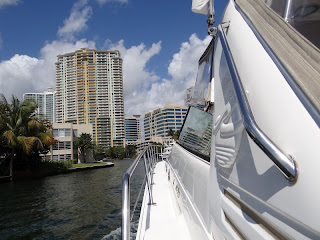 The Wall St. Journal reports: It's no secret that California's regulatory and tax climate is driving business investment to other states. California's high cost of living also is driving people away. Since 2000 more than 1.6 million people have fled, and my own research as well as that of others points to high housing prices as the principal factor.
The exodus is likely to accelerate. California has declared war on the most popular housing choice, the single family, detached home—all in the name of saving the planet.
Metropolitan area governments are adopting plans that would require most new housing to be built at 20 or more to the acre, which is at least five times the traditional quarter acre per house. State and regional planners also seek to radically restructure urban areas, forcing much of the new hyperdensity development into narrowly confined corridors.
In San Francisco and San Jose, for example, the Association of Bay Area Governments has proposed that only 3% of new housing built by 2035 would be allowed on or beyond the "urban fringe"—where current housing ends and the countryside begins. Over two-thirds of the housing for the projected two million new residents in these metro areas would be multifamily—that is, apartments and condo complexes—and concentrated along major thoroughfares such as Telegraph Avenue in the East Bay and El Camino Real on the Peninsula. http://online.wsj.com/article/SB10001424052702303302504577323353434618474.html?mod=WSJ_Opinion_LEFTTopOpinion
-------------------------------------------------------------------------------------------------------------
An opinion of my own:  Meet Media Matters, founded by David Brock as a non-profit, tax exempt educational foundation.  According to Wikipedia, "it is a progressive media watchdog group which describes itself as "dedicated to comprehensively monitoring, analyzing, and correcting conservative misinformation in the U.S. media."  It has now changed its focus, and is funding "opposition research" on Fox News executives.  It has promised “guerrilla warfare and sabotage”, a war (his word) against Fox News and a few conservative websites such as RedState.com.  He has not asked the IRS to change his tax status, and therein is one of the problems, for a tax-exempt organization is barred from employing partisan politics.  Brock has announced a strategy to "disrupt the commercial interests" of the founder of Fox News, Rupert Murdoch, who has media entities around the world. I don't believe this is part of what a tax-exempt organization can legally do, but try to tell that to NPR.
America used to be the nation where conflicting ideas were discussed in a civil manner.  When that doesn’t work, the Progressives and liberals in America become increasingly more willing to use whatever means necessary to get rid of those who dare to disagree with them.  They see that in spite of all their efforts, Fox News is more popular than ever, there are more conservatives in America than there are liberals, and conservatives just took over the House of Representatives and took away the comfortable majority in the Senate, regaining control in many state legislatures. Instead of getting their message out, and backing liberal candidates by explaining their issues, they lower themselves to doing opposition research on, and attempting to destroy the careers of law-abiding Americans. This seems to prove that even they know that their ideas will not win the hearts of mainstream America.

As the other statement about Mrs. Romney was being made, I was replaying in my mind where I’d heard the “war on women” rhetoric. Turns out the Democrats started it all the way back in February of 2011 and even Debbie Wasserman Schultz, the Chair of the DNC and a congresswoman has gone all in with the rhetoric.
Hilary saying the Democrats hadn’t started it threw me for a loop because I’d played on my radio show DNC Chair and Congresswoman Debbie Wasserman Schultz on Meet the Press from March 4, 2012. From the transcript:
MR. GREGORY: Nice to have you here in studio. So let me ask you about this issue of contraception and this fight over social issues. Just as I’ve asked your–the two other guests I’ve had this morning, can you appreciate where they’re coming from, which is–this is not a war on women, which they say is a vast overstatement, or about access to contraception, but this is about religious liberty that started with the president’s new regulation about faith institutions and access and who pays for contraception.
REP. SCHULTZ: Well, if it’s not a war on women, then let’s just look at what happened this week in contraception.

WASSERMAN-SCHULTZ: Well, it is clear in this country that the jury of women across America have ruled, that the Republicans have been unbelievably extreme and out of touch and hyper-focused on cultural issues.  http://www.redstate.com/erick/2012/04/12/democrats-never-said-war-against-women/

CNBC reports: The number of Americans filing for jobless aid rose last week to the highest level since January, a development that could raise fears the labor market recovery was stalling after job creation slowed in March. http://www.cnbc.com/id/47027476

Human Events reports: The Obama administration has snubbed a congressional subpoena in the investigation of a White House “drafting error” that suggested certain experts supported their decision to temporarily ban oil drilling in the Gulf of Mexico.

“Moreover, the department has an obligation to protect the integrity and confidentiality of the executive branch’s implementation of the law and its deliberative processes,” Mansour said in his letter to the committee Tuesday. http://www.humanevents.com/article.php?id=50782