Robbing Peter to pay Paul; Florida's poor may be banned from buying sweets with food stamps; Minnesota voter fraud convictions; Afghan soldiers selling our weapons; Indiana voter fraud; Obama may scale back regulations on farmers; Federal dollars for anti-sweets campaign; Egypt holds Americans hostage; They call for killing all Jews and annihilating Israel; Catholics promise to do whatever it takes; Obama may be backing down; Brothers of Mexican wanting US pardon give OBama $200,000; Illegals are not immigrants; Democrat Rhode Island votes for voter ID because they are racist 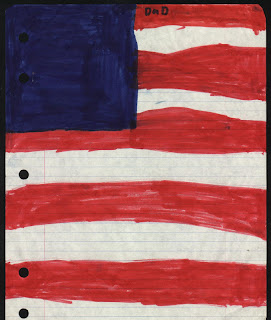 Washington Examiner opines: In today’s America, government benefits flow to large numbers of people who are encouraged to vote for politicians who’ll keep them coming.  The benefits are paid for by other people who, being less numerous, can’t muster enough votes to put this to a stop.

Over time, this causes the economy to do worse, pushing more people into the moocher class and further strengthening the politicians whose position depends on robbing Peter to pay Paul.  Because, as they say, if you rob Peter to pay Paul, you can be pretty sure of getting Paul’s vote.

But the damage goes deeper.  Sykes writes, “In contemporary America, we now have two parallel cultures:  An anachronistic culture of independence and responsibility, and the emerging moocher culture.
“We continually draw on the reserves of that older culture, with the unspoken assumption that it will always be there to mooch from and that responsibility and hard work are simply givens.  But to sustain deadbeats, others have to pay their bills on time.”

And, after a while, people who pay their bills on time start to feel like suckers.  I think we’ve reached that point now:
* People who pay their mortgages - often at considerable personal sacrifice - see others who didn’t bother get special assistance.
* People who took jobs they didn’t particularly want just to pay the bills see others who didn’t getting extended unemployment benefits.
* People who took risks to build their businesses and succeeded see others, who failed, getting bailouts.  It rankles at all levels.