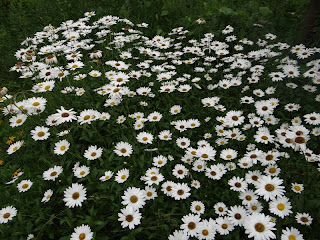 After reading some of Maureen Dowd’s truly disgusting column in Wednesday’s  New York Times - "[The Tea Party] were like cannibals, eating their own party and leaders alive. They were like vampires, draining the country's reputation, credit rating and compassion. They were like zombies, relentlessly and mindlessly coming back again and again to assault their unnerved victims, Boehner and President Obama. They were like the metallic beasts in 'Alien' flashing mouths of teeth inside other mouths of teeth, bursting out of Boehner's stomach every time he came to a bouquet of microphones" - Bashir brought on Peele:

BASHIR: Dr. Stanton Peele is a psychologist whose specialty is addiction, and he's the author of "Seven Tools to Beat Addiction." Good afternoon, sir.
PEELE: Well, the way I think about it is they are pursuing goals that can't be achieved. It's sort of like a child who has some kind of fantasy, and they keep asking you to give them things to acquire that, but it's impossible to arrive at the goal that they want. The idyllic paths that they are pursuing probably never existed and certainly not something that we can reach right now. [So now, pursuing ideals is psychotic?]

"President Obama, we're not terrorists. We're just Americans who disagree vehemently where you're taking this country. When your friends call the Tea Party organization a terrorist organization, not only do they defy your call earlier this year to be more civil, but they're insulting most Americans."

Walsh also had a message for Sen. John McCain (R-AZ), who last week referred to the Tea Party members in Congress as "hobbits."

YouTube reports: There's 192 Countries That Exist In The World & We Give Foreign Aid To Over 150 Of Them!" Rep Poe http://www.youtube.com/watch?v=_ocVj6UWiDI&feature=share

The Wall St. Journal reports: Bank of New York Mellon Corp. on Thursday took the extraordinary step of telling large clients it will charge them to hold cash.