Did Mike Lee filibuster the vote?; Cleaver's "Satan sandwich"; Conyers calls for march on White House; Unions punish members who seek non-union jobs; Defining moment for Obama; Our non-healing President; How can one do business with Pelosi?; Putin on America; Obama's birthday party; Barack 's bluff was called; The death of the Socialis left; 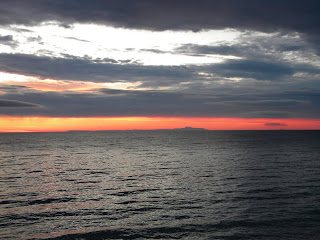 While some might say the U.S. debt pool could do with the thousands, all proceeds will instead go to the campaign to re-elect the President in 2012 and to the Democratic National Committee fund.

After days of heated discussion, the President faced bitter reaction to his last minute debt deal today with accusations that the agreement was a sly method to push through higher taxes to hit the middle classes at a later date.
Read more: http://www.dailymail.co.uk/news/article-2021286/What-debt-crisis-President-Obama-serenaded-Jennifer-Hudson-50th-birthday.html#ixzz1Ts2p7FI3
-------------------------------------------------------------------------------------------------------------
The NY Post opines: If Barack Obama loses next November, we'll look back on Sunday -- July 31, 2011 -- as the day he became a one-termer.
He demonstrated the one key quality common to all unsuccessful leaders: Haplessness.
In the most confrontational partisan moment of his presidency, Obama ended up looking remarkably powerless. He didn't get his way. To put it mildly.
The deal he endorsed on the debt ceiling will long be an object of debate for both right and left. There's so much for everyone to dislike in it that people are lining up to rage against it, even though it will surely pass.