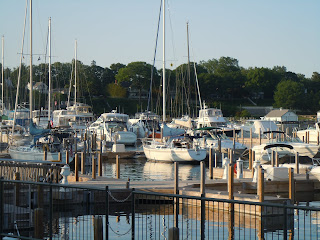 "The terminology that they're using .... is very dangerous if you're trying to keep your tax-exempt status," said Jordan Sekulow, director of policy and international operations for the American Center for Law and Justice.


Legal scholars, however, argue that the courts couldn’t get involved because no party would have standing to sue. In order to have standing, a plaintiff needs to demonstrate that they have been harmed. Only Congress would have a plausible complaint, and the Senate would not agree to go along with such a suit. http://www.tnr.com/blog/jonathan-chait/91211/congress-really-could-not-stop-obama-ignoring-the-debt-ceiling

National Journal writes: Each day for the last three months, NATO has issued a classified order dividing the ongoing air war in Libya—uhh, let’s call it “mission”—into offensive and defensive operations.
The latter category is America’s job, and it is huge. It includes Suppression of Enemy Air Defenses, which consists mainly of U.S. jets “loitering” in Libyan air space to watch for surface-to-air missiles that might threaten the “offensive” part of the mission: the French, British, Canadian, Norwegian, and Danish planes attacking Muammar el-Qaddafi’s forces.
The United States is also supplying most of NATO’s intelligence-gathering, surveillance, and reconnaissance capability in Libya, along with air-to-air refueling for NATO strike forces. By NATO’s own evidence, President Obama was somewhat disingenuous in claiming at his Wednesday news conference that U.S. forces were not “carrying the lion’s share of this operation.” U.S. planes, in fact, “represent the majority of aircraft within the theater, and they have done so from the beginning,” NATO spokesman Tony White told National Journal on Thursday. “The U.S. role continues to be fundamental to the mission” and is “supremely important in every strike sortie.” http://nationaljournal.com/how-obama-has-perfected-the-art-of-not-saying-war-20110701?page=1
Posted by Karen at 7:58 AM