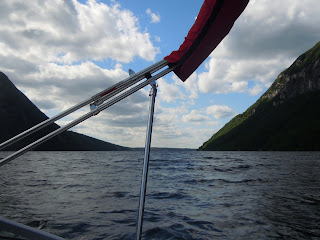 "We are putting the people first and daring to touch the third rail of politics in order to bring reform to an unsustainable system," Christie said in a statement. [SEIU and the NEA must be busy doing something else, for they aren't making the same scene as they did in Wisconsin.] http://www.wtvr.com/sns-rt-us-newjersey-pensiotre75n0fe-20110624,0,7424021.story
-------------------------------------------------------------------------------------------------------------
The NY Post writes: The US Department of Agriculture no longer serves as a lifeline to millions of struggling homestead farmers. In stead, it is a vast, self-perpetuating postmodern bureaucracy with an amorphous budget of some $130 billion -- a sum far greater than the nation's net farm income this year. In fact, the more the Agriculture Department has pontificated about family farmers, the more they've vanished -- comprising now only about 1 percent of the American population.
Net farm income is expected in 2011 to reach its highest levels in more than three decades, as a rapidly growing and food-short world increasingly looks to the United States to provide it everything from soybeans and wheat to beef and fruit. Yet the department this year will give a record $20 billion in various crop "supports" to the nation's wealthiest farmers -- with the richest 10 percent receiving over 70 percent.If farmers on their own are making handsome profits, why, with a $1.6 trillion annual federal deficit, is the USDA borrowing unprecedented amounts to subsidize them?

Human Events writes regarding the Prosser/Bradley event: The Wisconsin Center for Investigative Journalism produced a report that portrayed this as Prosser assaulting Bradley.  Liberal blogs across the nation went wild, and began speculating about how quickly Prosser could be impeached and removed from office.
Then the Milwaukee Journal-Sentinel got involved, and found so many contradictory sources that the WCIJ was forced to completely re-write its original piece.  The Journal-Sentinel’s new sources claim that Bradley attacked Prosser, whose hands made contact with her neck area when he raised them to defend himself.  Her assault was reportedly provoked by Prosser’s assertion that he had “lost all confidence” in the leadership of Chief Justice Shirley Abrahamson.  These sources relate that when Bradley started howling about her neck, one of the other justices calmly stated, “You were not choked.”
If the Judicial Commission does investigate, and concludes that Bradley is the one who initiated the physical encounter, it will be fun watching the leftists who howled for Prosser’s impeachment twist themselves into pretzels and claim this was all just a silly misunderstanding… especially considering that Governor Scott Walker would appoint the replacements for either or both judges, if they were removed from the Court.  http://www.humanevents.com/article.php?id=44487
------------------------------------------------------------------------------------------------------------
Business Insider reports: Connecticut's public sector unions rejected a deal late Friday to cut $1.6 billion from the state's budget, opening the door for thousands of layoffs of state employees — and upsetting a delicate budget balance.
The results of the union vote came as a surprise rebuke to state and union leaders, who had negotiated a concessions package that would not result in any layoffs for four years in return for a two-year wage freeze. Now Democratic Governor Dannel Malloy says the state will begin laying off over 7,500 employees.