A Primer on Cloward and Piven, and Saul Alinsky; Obama and our military 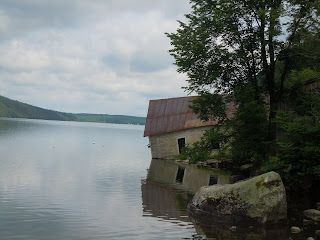 My latest Guest Commentary in the Boyne City Gazette:
In the 1960s, two radical Columbia University professors, Cloward and Piven, wrote the The Cloward and Piven Strategy, detailing how to force “political change through orchestrated crisis, seeking to hasten the fall of capitalism by overloading the government bureaucracy with a flood of impossible demands, stressing the system, thus pushing society into crisis and economic collapse.”
The welfare system was the first target of the Cloward and Piven strategy, using violent demonstrations to achieve desired results. In NYC one of every three people ended up on the welfare rolls, sending the city into bankruptcy and turning welfare from a limited-time expectancy into a lifetime entitlement. The drain on local resources persists indefinitely, just as planned.
In 1970 ACORN was established – the Association of Community Organizations for Reform Now, which has been responsible for widespread criminal activity countrywide.  As divulged by Townhall, they successfully used the following Cloward-Piven Strategy to get more Democrat voters:
1. Register as many Democrat voters as possible, legal or otherwise, and help them vote, multiple times if possible.
2. Overwhelm the system with fraudulent registrations using multiple entries of the same name, names of deceased, random names from the phone book, even contrived names.
3. Make the system difficult to police by lobbying for minimal identification standards.
Rules for Radicals, written by Saul Alinsky in 1989, became the go-to book for those interested in fomenting progressive revolution. With the intent to create a crisis, it was suggested: "Pick the Target, Freeze It, Personalize It, Polarize it."  Remember these rules while reading current events.
Then along came Barack Hussein Obama, almost out of nowhere. Having been deeply influenced in childhood by his mentor (self-proclaimed Communist Frank Marshall Davis);  employed as a community organizer and attorney for ACORN; befriending unrepentant, bomb-throwing Weather Underground's Bill Ayers; and maturing in the thugocracy which is Chicago politics, Obama was uniquely qualified to sell his Hope and Change mantra.  Who could be against that? Those interested in reading the full story can go to: http://www.americanthinker.com/printpage/?url=http://www.americanthinker.com/2008/09/barack_obama_and_the_strategy.html

"Make the enemy live up to their (sic) own book of rules," Alinsky wrote in his 1989 book Rules for Radicals. “When pressed to honor every word of every law and statute, every Judeo-Christian moral tenet, and every implicit promise of the liberal social contract, human agencies inevitably fall short. The system's failure to "live up" to its rule book can then be used to discredit it altogether, and to replace the capitalist "rule book" with a socialist one.”
Obama openly campaigned for “fundamental change” for America, and Michelle Obama proclaimed: “Barack knows that we are going to have to make sacrifices; we are going to have to change our conversation; we're going to have to change our traditions, our history; we're going to have to move into a different place as a nation."  I agree with the President that words, indeed, do matter.  Our country is being fundamentally changed as promised: bail-outs; government take-over of private companies; the breaking of legal contracts; stimulus spending mostly on government jobs; an increasing social and socialist agenda in our schools; wildly unpopular government healthcare; Obamacare waivers to many unions; and unemployment compensation now reaching almost two years; higher taxes on the horizon; promotion of amnesty for illegal aliens before border security; federal lawsuits against states; dropping prosecution of blatant Black Panther intimidation at voting centers; and tasking NASA to make Muslims feel better about their historic contribution to science, among others.
We must also remember that Rahm Emanuel, President Obama's Chief-of-Staff, once declared that Rule #1 is to "never let a serious crisis go to waste."
It really doesn't matter if this is coincidental - or if it demonstrates the above strategies in action.  Either way, our country is in great crisis!  The Socialists are openly demonstrating at various protests in America, for they believe that this is their time.  Only we can save our Republic – by educating ourselves, exercising our rights as citizens, and supporting those who believe in American greatness.
-------------------------------------------------------------------------------------------------------------

The Cable reports: The top U.S. admiral involved in the Libya war admitted to a U.S. congressman that NATO forces are trying to kill Libyan leader Muammar al-Qaddafi. The same admiral also said he anticipated the need for ground troops in Libya after Qaddafi falls, according to the lawmaker.
House Armed Services Committee member Mike Turner (R-OH) told The Cable that U.S. Admiral Samuel Locklear, commander of the NATO Joint Operations Command in Naples, Italy, told him last month that NATO forces are actively targeting and trying to kill Qaddafi, despite the fact that the Obama administration continues to insist that "regime change" is not the goal and is not authorized by the U.N. mandate authorizing the war.
"The U.N. authorization had three components: blockade, no fly zone, and civil protection. http://thecable.foreignpolicy.com/posts/2011/06/24/exclusive_top_us_admiral_admits_we_are_trying_to_kill_qaddafi


-------------------------------------------------------------------------------------------------------------
What does the UK Telegraph think of Obama's "you guys" appellation for our military as well as his horrible ad lib on the dead soldier?  They wrote: Note that rather than referring to SFC Monti by his rank, Obama said just “Jared Monti”. Servicemen and women earn their ranks and deserve to be addressed by them.
When SSG Giunta received his Medal of Honor, Obama referred to him as “Sal” and ad libbed: “I really like this guy”. After hanging the medal around his neck, Obama did not salute him but gave him a hug – one of the most awkward and cringeworthy moments I’ve seen at the White House.
At the ceremony for SFC Monti, Michelle Obama wore this dress (more like a red and orange cocktail dress) and entered the room holding hands with her husband. Obama once mispronounced “corpsman” – saying “corpse” instead of “core” – several times.
All this suggests that Obama doesn’t really understand or fully appreciate the military, its culture and its traditions. http://blogs.telegraph.co.uk/news/tobyharnden/100093854/a-mistake-that-is-hard-to-forgive-barack-obama-mixes-up-medal-of-honour-winners/
Posted by Karen at 7:46 AM