New Jersey to pull out of region's cap and trade; Global warming misses Aspen in late May; Wind mills becalmed; Enough hydrocarbons for at least centuries; Stealth move to raise auto fuel economy; Windmills off New Jersey; If you hear of the extinction of sea turtles in Costa Rica......... 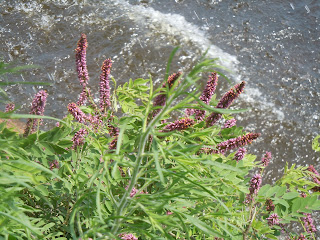 The UPI reports: To the dismay of clean energy advocates, New Jersey Gov. Chris Christie said the state would pull out of the region's cap-and-trade program he calls "gimmicky."
Christie said the northeast's Regional Greenhouse Gas Initiative is a "failure" that taxes citizens and businesses, announcing his state would pull out of the program by the end of the year, The (Newark) Star-Ledger reported Thursday.
Christie acknowledged human effects on climate change but said the initiative was doing nothing to solve the problem.


[T]he Obama administration’s Department of Transportation (DOT) and Environmental Protection Agency (EPA) are quietly moving to make another round of changes to CAFE standards. (That’s Corporate Average Fuel Economy, for those keeping score at home.) The changes would affect model years from 2017 to 2025.