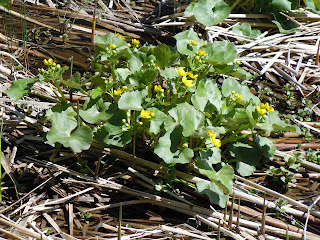 In a controlled but respectful address to the press while seated alongside the president, Bibi argued that "peace based on illusions will crash on the rocks of reality" and used the opportunity to  school the president on the facts on the ground.  Bibi flatly stated that Israel could not be secure with a return to the 1967 borders, that it could not negotiate with a state that is partnered with Hamas, and it could not agree to an Arab right of return, which would destroy Israel entirely.

10. The "race card": A Cain candidacy not only takes the race card off the table.  He does not have a white parent.  He has a slight black dialect and does not "turn it off" to impress Harry Reid or Joe Biden, nor does he "amp it up" to impress Jeremiah Wright.
9. Been there, done that: Cain brings a lot of "been there, done that" to the office, and that is in stark contrast not only to Obama, but to almost anyone else running. Making a payroll; dealing with employees, the IRS, the INS, insurance companies; dealing with rents, lawsuits, unemployment commissions, etc. -- Cain has been there, done that.  Obama has not.
8. Not forgettable:  Cain's boldness and confidence and accent and voice will cut through the noise out there.
7. Will break every rule set for him by "strategists":
6. Will really get under the skin of the Washingtonian class:
5. Will not get in way of the 2010 Congress' momentum:
4. Never held office before:  "Everyone in Washington has held public office before.  How's that working out for you?"  Case closed.
3. Ann Coulter's second-favorite pick: While I love Christie's boldness on the issues where he is conservative, he will wobble off to the Jersey left a bit on some issues.  Cain will not.
2. Will not be cowed by the new speech police:
And the number one reason to support a Cain candidacy?  It opens the door to a ticket of Cain and Haley Barbour in some order.  OK, maybe this is not earthshaking, but imagine the "racist Republican Party" putting forth a national ticket including a drawlin' Mississippi good ol' boy and a black businessman who still speaks a smidgen of Ebonics.
[I have met Herman Cain and have listened to his powerful message.  He is inspirational.] For full explanations of reasons, go to http://www.americanthinker.com/2011/01/top_ten_reasons_to_support_her.html
------------------------------------------------------------------------------------------------------------

American Thinker opines: The white middle-American voters who put their faith and trust in Obama in 2008, and without whose support Obama could not have won, lost that faith almost immediately after Obama took office.  Similarly, the non-white racially motivated voters who identified personally with Obama and flocked to the polls for him in 2008 failed to assist him in 2010 by supporting white Democrats in the midterm races.  White Americans did not suddenly wake up to the realization that they had voted for a black man; rather, they were confronted with the unavoidable fact that Obama was not the "post-racial" president of all Americans that he promised to be.  Instead, it turned out, Obama was committed to reinventing America in order to address perceived past injustices at white Americans' expense.  Believers in identity politics (from both the left and the right), however, always knew what they were getting: a man dedicated to the inversion of America's social order.
This is one of the great tragedies of Obama's caustic and divisive political strategy; at the precise moment when we as a society were poised to move beyond race as a relevant social and economic issue, race was forcefully injected back into the national consciousness.
When Obama tells Hispanic-Americans to join with him and "punish their enemies," and when Attorney General Eric Holder scornfully tells America that bat-wielding Black Panthers patrolling a polling place do not warrant prosecution because "his people" once experienced far worse, when all who disagree with Obama's social and economic policies are reflexively labeled racists by the president's supporters, an attitude of fatalism begins to set in, and a frustrated electorate becomes cynical.  The tedious and predictable repetition of racial platitudes takes its toll on logic, civility, and unity.
The success of non-white political candidates in both broad-based and predominantly white electorates in states below the Mason-Dixon Line contributes to a growing body of evidence that the embrace of core conservative values is a viable, powerful, and uniquely American alternative to race-based politics.
But history will judge Obama harshly.  Rather than leaving the United States stronger, more unified, and more resolute in its commitment to the founding principles of liberty and self-determination, Obama will leave behind the bitter fruits of class warfare, racial identity politics, and a redistributive economic policy that will fundamentally alter the American social compact.  http://www.americanthinker.com/2011/05/the_deadend_street_of_identity.html
Posted by Karen at 7:52 AM