Boyne City Gazette - Commentary on The conundrum of energy independence 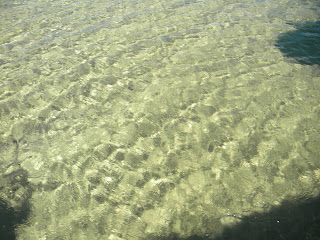 From the Boyne City Gazette, here is my latest Guest Commentary:

As have presidents before him, President Obama has enacted part of his agenda through signing statements and Executive Orders, thereby bypassing the consent of Congress.  Having failed to pass Cap and Tax, for instance, he has given the EPA the authority to impose any regulations it desires using the Clean Air Act to force companies to pay for expensive new equipment or to pay for greenhouse gas emissions. Those companies then must raise their prices to consumers. If a state refuses those mandates as Texas has, the EPA has delayed or refused gas permitting authority.

Michigan Country Lines wrote, "Even if Congress grants a reprieve on greenhouse gas regulations, red tape from the other EPA rule-making efforts will trigger higher electric bills.  Co-ops expect EPA's rule making will eventually have the practical effect of eliminating coal as a power plant option." As Barack Obama actually said, "So if somebody wants to build a coal plant, they can.  It's just that it will bankrupt them because they are going to be charged a huge sum for all that greenhouse gas that is being emitted."  Country Lines finished its newsletter to customers by writing, "We are expecting a number of power plants to simply be retired.  The cost to comply....will simply be too much."  The cost to citizens for much higher electricity rates does not seem to be a consideration in President Obama's plan.  An amendment blocking the EPA’s authority to regulate greenhouse gas emissions was passed by the House recently, but failed to pass the Senate.

Even as we hope for alternative energy to fulfill our needs in the future, it is far from being able to do so at this time.  Alternatives are fraught with problems, including that of using more energy in its production than it produces.  The promise of ethanol is tempered by the fact that it uses more and more farmland to grow corn which is then diverted from being used for food to the making of ethanol, causing the price of grains to skyrocket.  Wind mills sound great, but they require vast amounts of land space, they don't work when it is not windy, they need to be heated when the temperature is low, they kill hundreds of birds, and they can make a constant sound as loud as a motorcycle makes, causing humans living nearby to become clinically ill with  high blood pressure and problems produced by the infrasonic waves generated by the windmills' rotors.

Florescent light bulbs are being demanded by our government, forcing closure of the American companies who made old fashioned bulbs, and forcing us to buy bulbs from China. Forescents cost much more, burst into flame, contain cancer-causing chemicals and become hazardous waste sites when broken or put into landfills.  The climate of the last 200 or 300 years is presented as the only predictor of man-made doom, while our planet has been around for millions of years and has endured many ice ages, many warming spells, and the extinction of many animals. An adult debate over the science is not allowed, and nay-sayers are deemed to be comparable to Holocaust deniers.

The Bureau of Land Management, again without Congressional consent, has been using the Great Outdoors Initiative to put ever more land under government control. Our government already owns around 33% of the land in America. It regulates the activities carried on there, such as logging, gas and oil drilling, snowmobile use, and hunting. President Obama extended his imposed 6 month drilling ban off the Gulf coast, putting him in contempt of the court of a Federal Judge. This action put about 40,000 people out of work and on unemployment, and increased the cost of a gallon of gas.  Barack Obama stated that he wants gasoline to cost $4 per gallon – he just wanted it to happen gradually. His Secretary of Energy Steven Chu added, “Somehow we have to figure out how to boost the price of gasoline to the levels in Europe.” This would mean we evil Americans won’t use more than our “fair share” of world supplies. Mission accomplished!

The President’s recent vow to lift his drilling ban will be believed only when his actions demonstrate his declaration.  Only when we use more American oil will we be less dependent on our enemies.