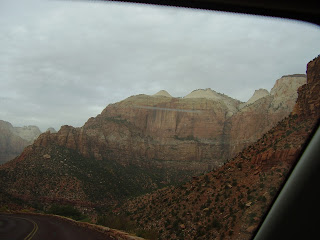 [Loose lips sink ships, and Joe Biden is our loose lips guy after everyone else was protecting our SEAL team...]  But here’s what the legendarily verbose and loose-lipped Vice President Joe Biden said at a dinner at Washington’s Ritz Carlton Hotel last night to mark the 50th anniversary of the Atlantic Council:


Let me briefly acknowledge tonight’s distinguished honorees.  Admiral James Stavridis is a, is the real deal.  He can tell you more about and understands the incredible, the phenomenal, the just almost unbelievable capacity of his Navy SEALs and what they did last Sunday.


Folks, I’d be remiss also if I didn’t say an extra word about the incredible events, extraordinary events of this past Sunday.  As Vice President of the United States, as an American, I was in absolute awe of the capacity and dedication of the entire team, both the intelligence community, the CIA, the SEALs.  It just was extraordinary.  http://blogs.telegraph.co.uk/news/tobyharnden/100086416/joe-biden-opens-his-mouth-about-us-navy-seals/

Moveon.org, funded by George Soros, Organizing for America , and SEIU, "Service Employee International UNION", have been twittering today to go to Fox Poll and vote to BAN the American Flag and right now it is still working (18%).
---------------------------------------------------------------------------------------------------------------------------------
The Daily Caller writes: And now the Obama administration is showing decisive leadership on the issue of dithering. “Gee, should we show the pictures of Bin Laden with his Navy SEAL makeover? Won’t that make people mad?” The Abu Ghraib pics were in the public interest; visual evidence of the death of the mastermind of 9/11 isn’t. Keeping us from seeing flag-draped coffins was bad; keeping us from seeing a blood-drenched mass-murderer is good. Now they’ve finally decided not to release the pictures, after Panetta already said they would. I’m sure that’s Obama’s final decision unless he changes his mind. Stay tuned for the latest round of polls.
Tomorrow Obama is going to Ground Zero, his first visit there as president. He invited George Bush, who declined. Guess Bush was paying attention to what happened to Paul Ryan when he accepted an invitation from Obama. Donald Trump and a few Supreme Court Justices know a little bit about it too. When you only reach across the aisle to slap your opponents in the face, eventually they stop showing up. But hey, it’s entirely possible that Obama will use this moment to show some bipartisanship instead of just saying, “I’m really bipartisan, you guys” and then attacking people who disagree with him. Hey, it could happen.
For more on how the Greatest President in U.S. History is managing to turn a near-perfect military and intelligence victory into a snowballing public-relations fiasco, see Stephen Green (“The Gang That Could Shoot Straight — But Not Much Else”) and Andrew Malcolm (“Osama bin Laden dead: Yes, SEALs were in on the raid, but aides hail Obama’s office bravery”).