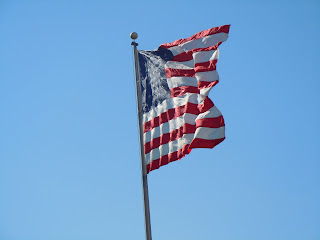 American Thinker writes: For over two years, I have been privy to private investigators' files, have seen private investigations of other private investigations, have done my own research -- and I know beyond a shadow of a doubt that there are two crucial problems with President Obama's life documents.  First, the registration number on Obama's "Certification of Live Birth" (which, as Trump recently explained to an incredulous Meredith Vieira, is not a long form birth certificate) is out of sequence to other birth certificates issued on the very next day in Hawaii to a pair of twins named Nordyke (certifications of live birth and birth certificates carry the same registration number). [There is on the internet a photo of the "real" birth certificate - from Kenya - with the footprint and the raised seal.  It looks legitimate.  I have not written about all this before, but since
The Donald is bringing it up......]
Second, according to a private investigator, Susan Daniels, whose work was validated by at least two other investigators I'm aware of, the Social Security number that Obama used for approximately 25 years was issued with a Connecticut-based number, though neither Obama nor anyone in his family lived in that state at any point during their lifetimes.  Bill O'Reilly claimed on his April 14, 2011, show that Obama's father, Barack Obama Sr., lived in Connecticut "for several years", but when I called O'Reilly for verification of his source(s), I was put into a voicemail and received no return call. As of this writing, it appears that O'Reilly's Mailbag Segment on Obama's Social Security number has been scrubbed by Fox News from the podcast of the show, along with some viewer mail on the subject.  [When O'Reilly said this, I noted that I had never heard it before, and I've done a  lot of research on the subject. He also said that when Obama went to Pakistan when it was forbidden for Americans to do so, he did it from India, I believe.  Now who can believe this when O'Reilly is now untrustworthy?  We need to see the citizenship listed on that Passport which we are not allowed to see. I also believe O'Reilly is in Obama's camp, for he has consistently given him all the leeway he can manage to give.  O'Reilly also said on his show (another lie) that George Bush never got the approval of Congress prior to going into Iraq.  Take him with a grain of salt.)
So it appears Obama Sr. had nothing to do with the application for Obama's Social Security number, as Mr. O'Reilly suggested. But then again, this is the same O'Reilly who also announced on his April 14th show that, although Obama's birth certificate has not been made public, Hawaii officials have it on file. This about-face conflicts with his 2008 statement that he'd actually seen the birth certificate and that's how he knows Obama is legitimate. "We have a copy of it," he said at the time. (NB: such a possession would have been illegal.)
Because of the irregularities and unanswered questions outlined above, certainly the American people have a right to know whether the birth record that supposedly establishes the eligibility of their president is un-tampered with.  And they also have a right to know whether the social security number that he has been using is genuinely his or stolen.  Use of another person's social security number is a felony.  Carol A. Taber is president of FamilySecurityMatters.org   http://www.americanthinker.com/2011/04/trump_needs_to_shift_to_second.html
-------------------------------------------------------------------------------------------------------------

Washington Examinter writes: Even if we permitted the hell out of everything tomorrow -- every pending permit, some permits that haven't even been filed yet -- it would not have a material effect on gas prices. That's the simple, clear reality,” said the director of the Bureau of Ocean Energy, Regulation and Enforcement (BOEMRE).
Both Obama and Bromwich either are purposely lying or they simply don't know what they are talking about. Check out the chart that accompanies this post. Notice what happened on July 14, 2008? Oil prices suddenly plummeted from their historic high of $145 a barrel. Why?
Because that was the day President George W. Bush signed an executive order lifting the moratorium on off-shore drilling in the eastern half of the Gulf of Mexico and off the U.S. Atlantic and Pacific coasts. Overnight, the price per barrel of oil plunged, and that plunge was reflected at the pump soon thereafter.
In other words, Obama could with the stroke of a pen sign an executive order telling his appointees at EPA, the Department of Interior and the Depar
Read more at the Washington Examiner: http://washingtonexaminer.com/blogs/beltway-confidential/2011/04/government-cant-do-anything-about-gas-prices-then-why-did-happen-#ixzz1Kjb7xJjT
------------------------------------------------------------------------------------------------------------
Glenn Beck reports: In the middle of a demonstration of radical Islamists, a valiant German woman gets right in the mix and confronts them. It's something to see - this lone German woman shouting at these radicals, "I am German, and I am so sorry that someone like him can stand here and speak like Hitler! I am so ashamed, where is everybody?! Why are people not standing up in this country of ours?" Amazing stuff. Watch the full video and get Glenn's reaction at GlennBeck.com.
Posted by Karen at 7:00 AM